Kirit Azad, who is locked in a three-way battle with former India players Anshuman Gaekwad and Dodda Ganesh for the ICA players' representative to the all-important Apex Council of the BCCI, has released a 13-point election manifesto 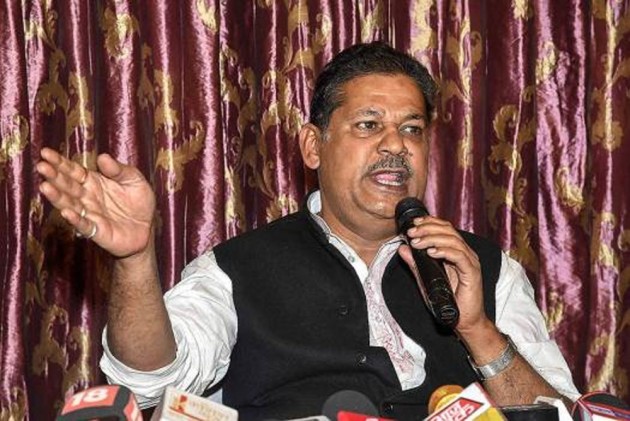 Pension, medical insurance cover and one-time ex-gratia payment for the recently-retired first-class players are some of the issues that former India player Kirti Azad wants to address if he wins players' representative elections at the Indian Cricketers' Association (ICA) polls on October 11.

Azad, who is locked in a three-way battle with former India players Anshuman Gaekwad and Dodda Ganesh for the ICA players' representative to the all-important Apex Council of the BCCI, has released a 13-point election manifesto.

The fourth candidate for the post is former Saurashtra and India A left-arm spinner Rakesh Dhruv.

Dhruv is expected to get the backing of the strong Saurashtra and Gujarat lobby of players while Azad's strength will be the north India block.

Azad, a former Delhi captain and member of the 1983 World Cup-winning Indian team, is confident that he can "make a difference" to the lives of many first-class cricketers of yesteryears, who are living in anonymity, with distress and lack financial security.

"Me along with Ashok Malhotra (set to be new ICA president), Surinder Khanna (players' representative at IPL Apex Council) are together as a group," Azad told PTI.

In a first of its kind during BCCI elections, Azad released an "13-point election manifesto" to take on Gaekwad, Ganesh and Dhruv.

Some of the salient points in Azad's election manifesto are as follows:

Substantial increase of current pension amount being paid to the cricketers.

Ensuring every cricketer and his dependent family members are provided comprehensive medical and hospitalisation as well as OPD expenses through the help of Group Medical insurance cover.

Ensuring one-time ex-gratia payment to all the cricketers who have retired five years ago (currently provided to cricketers who retired before 2005).

Remove the disparities and anomalies pertaining to the remuneration of Ranji Trophy and that of junior national (age-group) players.