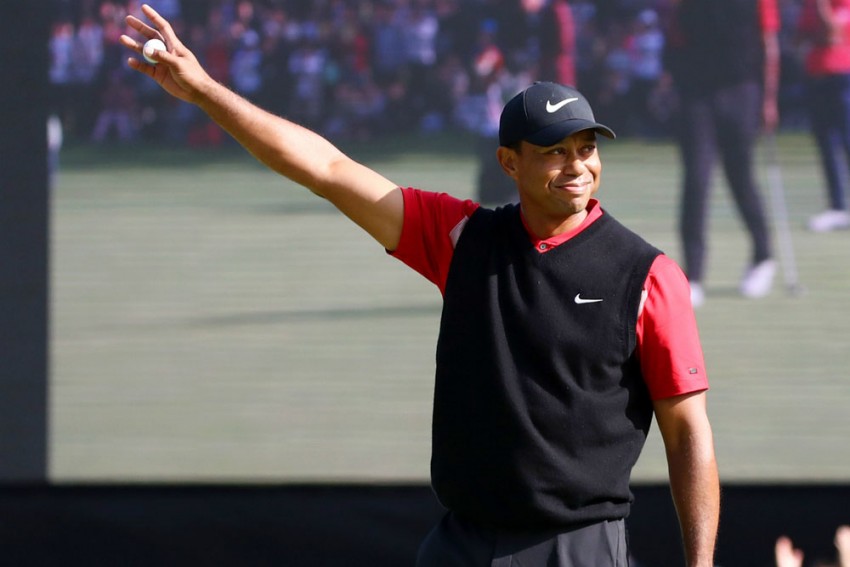 Tiger Woods told deputies — both at the wreckage and later at the hospital — that he did not know how the crash occurred.
File Photo
Associated Press (AP) 2021-03-06T10:03:50+05:30 A Man Found Golf Great Tiger Woods Unconscious After SUV Crash

Tiger Woods was unconscious in a mangled SUV after he crashed the vehicle in Southern California last week, according to a court document that also revealed a nearby resident and not a sheriff’s deputy was first on the scene. (More Sports News)

The witness, who lives near the accident scene in Rolling Hills Estates just outside Los Angeles, heard the crash and walked to the SUV, Los Angeles County sheriff's Deputy Johann Schloegl wrote in the affidavit. The man told deputies that Woods had lost consciousness and did not respond to his questions.

The first deputy, Carlos Gonzalez, arrived minutes later the morning of Feb. 23 and has said Woods appeared to be in shock but was conscious and able to answer basic questions. Woods suffered severe injuries to his right leg and cuts to his face.

Woods told deputies — both at the wreckage and later at the hospital — that he did not know how the crash occurred and didn’t remember driving, according to the affidavit.

The document was filed Tuesday in Los Angeles County Superior Court as part of a statement of probable cause requesting that a search warrant be approved for the 2021 Genesis GV80 SUV’s data recorder, known as a black box. Schloegl requested data from Feb. 22 and Feb. 23.

"I believe the data will explain how/why the collision occurred," Schloegl wrote.

Schloegl previously told USA Today that he did not seek a search warrant for Woods’ blood samples, which could be screened for drugs and alcohol. In 2017, Woods checked himself into a clinic for help dealing with prescription drug medication after a DUI charge in his home state of Florida.

A judge approved the search warrant for the data recorder. Sheriff’s representatives have declined to say what they have found on it.

"LASD is not releasing any further information at this time," department spokesman Deputy Shawn Du Busky said in a statement Friday. "The traffic collision investigation is ongoing and traffic investigators continue to work to determine the cause of the collision."

Deputies did not consult with the Los Angeles County District Attorney's office regarding any search warrants in the Woods investigation, according to DA spokesman Greg Risling.

Experts say police can ask prosecutors if there is enough probable cause to seek a warrant, noting that it would be typical to do so in motor vehicle cases when there aren't immediate signs of impairment but a detective believes there is reason to obtain a blood sample.

Rising declined further comment when asked whether LA prosecutors generally weigh in on such cases.

Woods is from the Los Angeles area and was back home to host his PGA tournament, the Genesis Invitational at Riviera Country Club, which ended two days before the crash.

He was driving an SUV loaned to him by the tournament when he struck a raised median around 7 a.m., crossed through two oncoming lanes and uprooted a tree. The crash occurred on a downhill stretch that police said is known for wrecks.

Sheriff Alex Villanueva has said Woods was driving alone in good weather, there was no evidence of impairment, and the crash was "purely an accident."

However, depending on what is found on the data recorder, Woods could face a misdemeanor driving charge or a traffic citation.

"A lot of times people will tell you, "I don’t remember what happened," " he said, adding the memory loss may never return.

"This is a credit to modern engineering, really, that he's alive," said Campbell, who is not involved in Woods’ treatment and spoke generally about trauma patients.

The crash injured Woods’ right leg, requiring a lengthy surgery to stabilize shattered tibia and fibula bones. A combination of screws and pins were used for injuries in the ankle and foot.

It was the 10th surgery of his career and came two months after a fifth back surgery. Through it all, Woods has never gone an entire year without playing, dating back to his first PGA Tour event as a 16-year-old in high school.