Aakash Chopra stated that Ajinkya Rahane should have been given a long rope in 50-over format considering he was doing well for the team at no.4 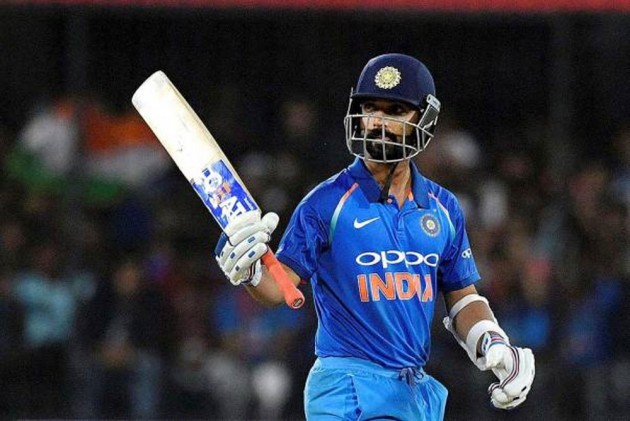 Former India cricketer Aakash Chopra sympathised with current batsman Ajinkya Rahane and stated the latter was hard done by when he was dropped from the ODI team. (More Cricket News)

Pointing towards his good batting credentials, Chopra stated Rahane should have been given a long rope in 50-over format considering he was doing well for the team at no.4 before becoming sidelined from the format.

The 31-year-old represented India in 90 ODIs in which he has amassed 2,962 runs at 35.26. During the 87 ODI innings he got a chance to bat, Rahane scored three centuries and 24 half-centuries before getting dropped from the side in 2018.

"At no.4 he held a very good record. And when you are performing at no.4 on a consistent basis and when your strike rate is also around 94, so why didn't he get opportunities after that? It seemed like a case of how one throws away fly from the milk. I feel he was hard done by," Chopra said in a video uploaded on his YouTube channel AakashVani.

"If India had become like England that they will score in excess of 350 in every match...that is the only way they will play, whether it happens or not. But we don't do like that. We still play cricket in the traditional, orthodox way. We still build the innings and pick a team that can score around 325... Rahane would have fitted in that.

"So according to me, it was a bit unfair on him. Because when he was dropped from the ODI team he was going absolutely fine. So when you aren't giving someone chances despite doing well you aren't doing the right thing," he added.