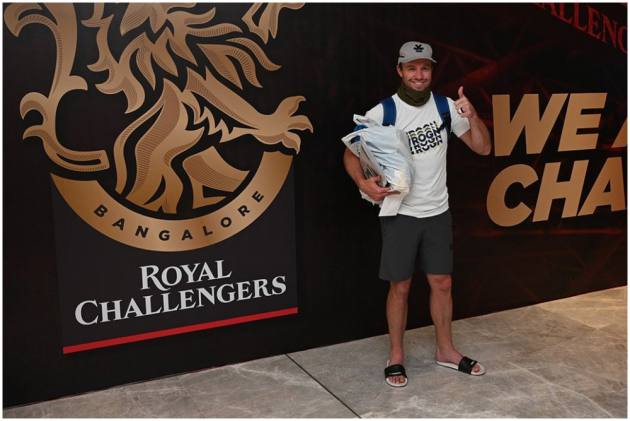 Former South Africa captain AB de Villiers has urged spectators to forget about ‘team selection and other nonsense’ and appreciate the game in its purest form after star India spinner Ravichandran Ashwin was controversially excluded for the fourth consecutive Test against England. (More Cricket News)

As India continued to persist with the four seamers and a specialist spinner strategy for the fourth Test against England, skipper Virat Kohli had been subjected to sharp criticism by fans for backing Ravindra Jadeja and not selecting Ashwin in the playing XI.

However, Kohli's decision to keep Ashwin on the bench stood vindicated as India registered a memorable 157-run win in the fourth Test at The Oval on Monday, to go 2-1 up in the five-match series.

As “spectators” of Test Cricket, just stop worrying about team selection and other nonsense and start appreciating the competition, passion, skill and patriotism unfolding in front of your eyes. You’re missing a good game!

“As ‘spectators’ of Test Cricket, just stop worrying about team selection and other nonsense and start appreciating the competition, passion, skill and patriotism unfolding in front of your eyes. You’re missing a good game!,” De Villiers tweeted.

The 37-year-old, who plies his trade for the Royal Challengers Bangalore (RCB), arrived in the UAE for the second phase of the IPL 2021 on Monday. The lucrative league, which was suspended in May due to the increasing number of COVID-19 cases in India and within the IPL bio-bubble, will resume from September 19 in the UAE.

“Been playing around with the guys a bit, I'm also feeling like a young kid ready to go again, very excited to play cricket again.” RCB are currently placed third in the table with 10 points from seven outings. The Kohli-led side will take on Kolkata Knight Riders in Abu Dhabi on September 20.

“I’m just getting ready for the IPL, I had a couple of hiccups here and there, a few things that got in the way that I had to overcome but I’m trying to get fit, hitting some balls and then now for some isolation and then we get going again,” De Villiers added.