Lewis Hamilton was cruising until Nicholas Latifi crashed with five laps remaining. F1 sent out the safety car and resumed the race with one lap remaining. Then, Max Verstappen pulled away to win the Abu Dhabi Grand Prix and F1 title. 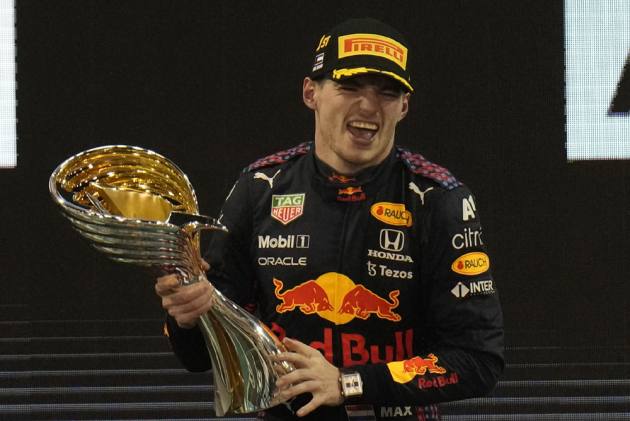 Max Verstappen ripped a record eighth title away from Lewis Hamilton with a pass on the final lap of the Abu Dhabi Grand Prix to close one of the most thrilling Formula One seasons in years as the first Dutch world champion. (More Sports News)

Hamilton was cruising past Michael Schumacher's record of seven titles Sunday in a race he controlled until Nicholas Latifi crashed with five laps remaining. F1 sent out the safety car for a cleanup and resumed the race with one lap remaining.

Hamilton and Verstappen started side-by-side for one final trip around Yas Marina Circuit and the British driver surged to the lead. Verstappen stalked him through the first four turns then made his pass in turn five and pulled away in his Red Bull.

It was a fitting end to a season that saw the two contenders go wheel-to-wheel over 22 races spanning four continents and arrive in Abu Dhabi tied in the championship standings. It marked the first time the contenders were equal at the season finale since 1974.

But Hamilton had the race well under control until the Latifi crash.

“Oh my God!” Verstappen screamed over his radio.

Red Bull won its first F1 title since 2013; Mercedes had won every championship since.

Multiple rival drivers headed to the grid to congratulate Verstappen as Hamilton sat motionless inside his Mercedes. The defeat ended his reign of four consecutive titles and denied Hamilton a chance to pass Schumacher as best all-time in F1.

“Congratulations to Max and to his team, I think he did an amazing job this year,” Hamilton said to close what had become a bitter rivalry this season between Mercedes and Red Bull.

Hamilton received a long hug in the garage from his father, who then went to the garage and hugged both Verstappen and Verstappen's father. Jos Verstappen was himself a former F1 driver and raised his 24-year-old son to become a world champion.