With Nikita Mazepin out due to COVID-19, Haas F1 will run just one car in the Abu Dhabi Grand Prix for Mick Schumacher. Reserve driver Pietro Fittipaldi was not eligible to replace Mazepin. 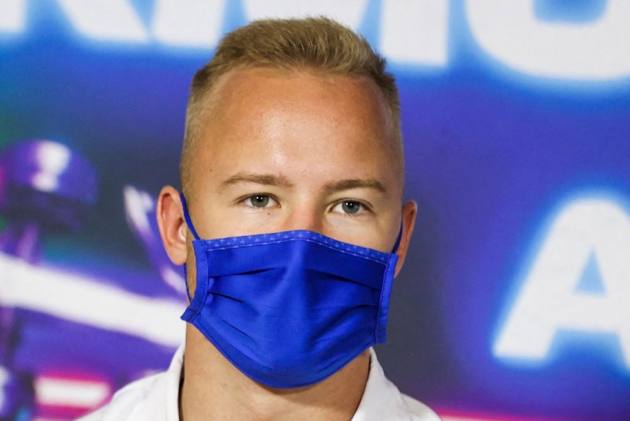 Haas will run just one car Sunday in the Abu Dhabi Grand Prix for Mick Schumacher. Reserve driver Pietro Fittipaldi was not eligible to replace Mazepin because Fittipaldi did not drive in at least one session this weekend.

"Uralkali Haas F1 Team wish Nikita well and we look forward to his return to the race track in early 2022 for pre-season testing.”

Mazepin is in his first F1 season and the Russian had a career-best finish of 14th in Hungary. He was scheduled to start 20th on Sunday.

Meanwhile, the Foo Fighters rock band has called off its concert at Abu Dhabi due to “unforeseen medical circumstances."

The organizers offered no further details about the medical issue, other than to say that Dave Grohl and the Foo Fighters were “unable to travel" to the Abu Dhabi Grand Prix for Sunday's concert.

“The band apologizes for any inconvenience or disappointment caused by this unexpected turn of events," the statement added. The band offered no immediate comment about the issue on its social media.

The Foo Fighters last performed in Fresno, California, on Thursday and had been scheduled to end their rock tour in Abu Dhabi.

Instead, organizers said that Dutch DJ Martin Garrix and France's DJ Snake would perform at the concert that closes the Formula One season at Yas Island, off the east coast of Abu Dhabi, the United Arab Emirates.