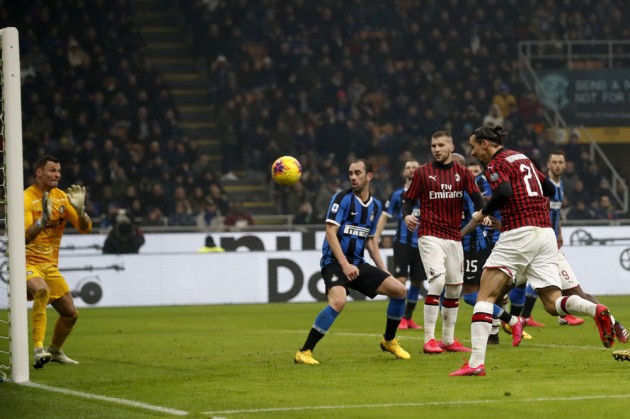 Milan's 2-0 half-time lead was wiped out in a matter of minutes by Serie A title hopefuls Inter, who turned the derby on its head with four unanswered goals to sensationally win 4-2 at San Siro on Sunday.

Milan, however, were unable to hold on against Inter – who produced a stunning comeback to leapfrog defending champions Juve atop the table.

"It's difficult to explain what happened," the 38-year-old Ibrahimovic told Sky Sport Italia after scoring his third goal since returning to Milan in January.

"At half-time we told ourselves, the first 15 minutes going back out there will be crucial, and in that 15-minute spell we conceded two goals.

"We stopped playing, the team stopped believing, we stopped pressing, didn't pass it around enough. From the equaliser onwards, everything collapsed.

"I think a lot of it is down to experience, because you must know how to control a game at 2-0 up, not just winning at the end.

"It's strange, because our first half was practically perfect. I expected more from Inter and the first-half performance did not look like a team worthy of second place. They did after the break."

Inter are ahead of Juve on goal difference after 23 games, while Milan are 10th and 10 points adrift of the Champions League places.