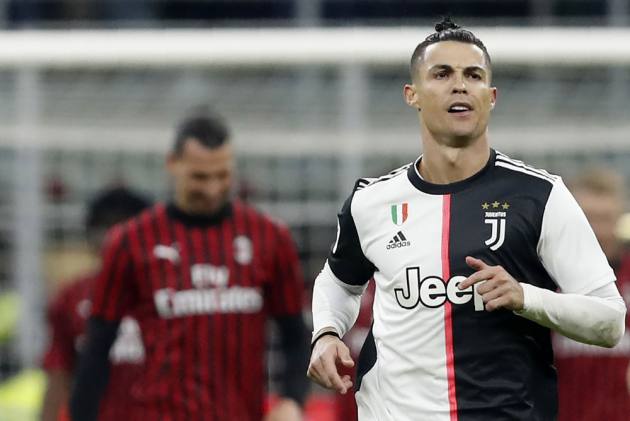 Stefano Pioli was angered by the late awarding of a penalty to Juventus as his Milan side had to settle for a frustrating 1-1 draw in the Coppa Italia semi-final first leg at San Siro. (More Football News)

It took until injury time for Juve to make the most of the extra man with Davide Calabria harshly pinged for blocking Cristiano Ronaldo's acrobatic effort with his arm in the area.

Ronaldo rifled in the spot-kick, but head coach Pioli felt the decision does not marry with a separate incident in a fixture between Cagliari and Brescia earlier in the season, which he says referees said should not have been awarded.

Speaking to Rai, Pioli said: "I got angry first and foremost because there was a foul on Zlatan Ibrahimovic earlier in the move.

"Plus I remember the referees showed footage of that Cagliari-Brescia penalty at the start of the season and said it was an error to award it because the player couldn't see the ball.

"Here the situation is the same as Calabria couldn't see it. Alberto Cerri, in that situation, jumped and could not just cut his arms off, you have to use your arms when jumping."

Pioli, who saw Milan denied on several occasions by veteran goalkeeper Gianluigi Buffon, believes his team can be proud of their performance though.

"I told the players to leave the pitch without regrets. I can say, they will have no regrets. I am very proud of their performance, so are the Milan fans," he added.

"We wanted to get the victory, we were in a strong position to do so, but this is just the first leg and we'll try to do even better in the second."