Aditi, who started the day at 2nd, has fired five birdies against two bogeys so far and remains in contention for a podium finish 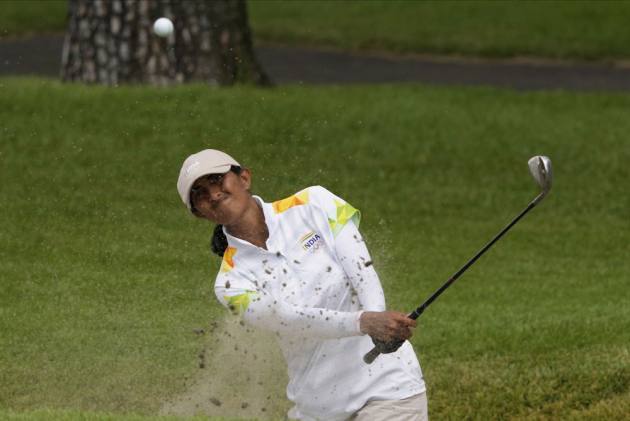 India's Aditi Ashok was in the tied 3rd spot when a storm disrupted the fourth and final round of the Olympic Games' golf competition where the youngster is in pursuit of the country's maiden medal in the sport.

The 23-year-old Bengalurean was 3-under after 16 holes and shared the third position with New Zealand's Lydia Ko (5-under in 16 holes).

The two were 15-under overall.

Aditi, who started the day at 2nd, has fired five birdies against two bogeys so far and remains in contention for a podium finish.

Overnight leader and world number one Nelly Korda continued to hold on to her position but her lead had dropped to just one stroke when the storm warning forced the players to leave the course.

Korda was two-under in the final round at the time of suspension and was 17-under overall at the par-71 Kasumigaseki Country Club.

Japan's Mone Inami stormed to the sole second spot after being six-under through 16 holes which her left 16-under overall.

If the players remain in tied third position, a play-off will determine the medal winner.