Lionel Messi trained with Barcelona for the first time 20 years ago. It's been some ride since then for the Argentina great 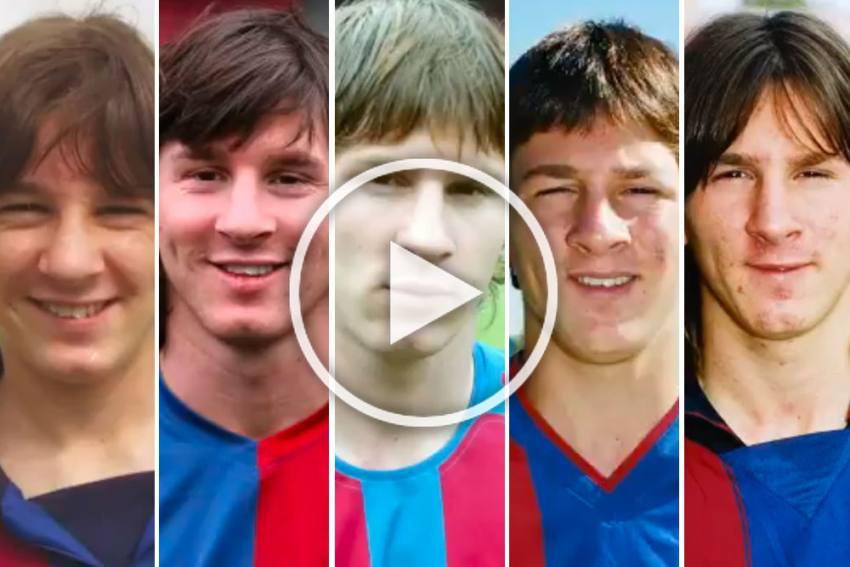 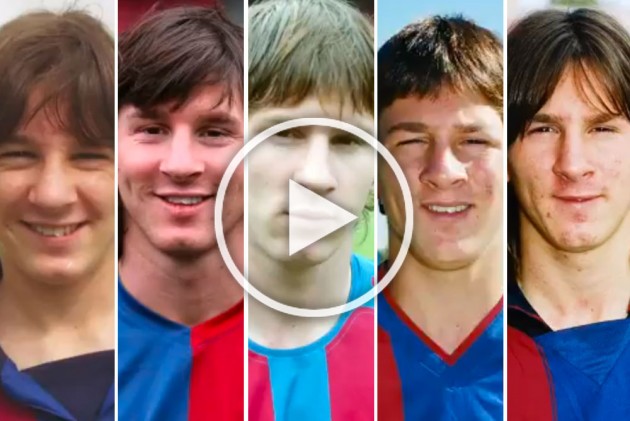 Life 20 years ago was markedly different to the world we know today. (More Football News)

Grim predictions of global chaos did not come to fruition as the human race survived Y2K and the threat of the "millennium bug".

Planes did not fall from the sky, missiles did not fire at random, and the resetting of dates on computers didn't set alarms blaring. No, we ticked along just fine into the year 2000.

And what a year it was. Beyonce was dominating the charts and inspiring a generation of independent women as part of Destiny's Child. Kylie Minogue made a fierce comeback. Coldplay launched their debut album. Eminem was leading the hip-hop boom. David Bowie wowed at Glastonbury for the final time.

'Big Brother' launched in the United Kingdom, sparking a global franchise that changed the landscape of reality television forever. Anne Robinson became a cold-hearted cheeky winker on 'The Weakest Link', a quiz-show concept that too travelled the globe. Russell Crowe was the ultimate 'Gladiator' and Ang Lee's 'Crouching Tiger, Hidden Dragon' mesmerised with its comic-book like narrative.

There were no iPhones. Oh no, they were still a pipe dream. Instead, millions were getting aching thumbs playing Snake on their Nokia 3310s – the best-selling phone of all time. Nintendo sold its 100 millionth Gameboy, the PlayStation 2 was launched, and The Sims hit the shelves for the first time.

In sports, Tiger Woods dominated the golfing landscape, Pete Sampras won a 13th grand slam and Wimbledon for the seventh and final time, Venus Williams won two majors and sister Serena only had one of her 23. France were European champions in football and Steve Redgrave won a fifth gold medal at a Sydney Olympics where Maurice Greene was the 100 metres champion.

But on September 17 two decades ago another seismic moment was taking place. Lionel Messi trained with Barcelona for the very first time.

Today years ago… Leo #Messi arrived in Barcelona
The rest is history pic.twitter.com/UEWvKGhkV8

"In the moment I met him [Messi], his family wanted to leave Argentina for economic reasons. They saw an opportunity with Leo," Fabian Soldini, the agent who helped bring a 13-year-old Messi to Barcelona from Argentina, recalled to Stats Perform News.

"A boy from Newell's [Old Boys] had just left for Milan and Messi's family had the idea to leave through a trial with Leo, because they understood they had the new [Diego] Maradona.

"We did not even have passports. In those days it took time to get a passport in Argentina, we had to do everything to obtain the passport very quickly and be able to travel on September 17th with hope and uncertainty because I knew what Leo was capable of doing but I had never been [to Barcelona] and did not know the youth football in Spain."

The circumstances prior to Messi's first session were not ideal. There were concerns too over his physical ability to mix it with others who became global names.

Soldini explained: "For us, it was something with a lot of hope and we were looking for something unknown. It was like going to conquer Spain to see what level he had.

"We had a quite difficult flight with turbulence so Leo could not rest nor eat, the day we arrived he had his first training session. I did not want him to do it because he was not at his best condition.

"Also, I saw the boy in that moment. Gerard Pique was there, Cesc Fabregas, Victor [Vazquez], Toni Calvo. All players who reached the first division.

"They had well-developed bodies. Pique was much bigger than Leo. And [I remember] seeing Leo so small going there. I remember Juan Mateo [Walter, an Argentine agent] said to me: 'Fabian, he is too small. You can get Barcelona's doors closed forever if you say you have a good player and he is not.' After 15 minutes watching him touching the ball, he changed his mind concerning what he thought about Leo."

It was not just the global landscape that looked very different 20 years ago. So too did the picture at Camp Nou. Barca had seen superstar Luis Figo depart for fierce rivals Real Madrid and lost their crown in LaLiga – a title they would not win again until 2005.

But behind the scenes at Barca's famed La Masia academy a perfect storm was brewing and a golden generation, led by their crown jewel Messi, that would thrive under Pep Guardiola was being moulded.

"It came at a time when Figo was leaving. Messi arrived in that year. I remember that we went to see a game, together with Leo. A derby [El Clasico]. Real Madrid came, I remember the whistles to Figo every time he touched the ball. Messi arrived at a time that was not a good sporting moment for Barcelona.

"For me, Barcelona, in the academy, is one of the best clubs, with its model of play. Some may like it, others may not. But Leo arrived precisely at a stage with great players who accompanied him.

"That is what makes Barcelona reach that level, an unbeatable team, with a coach [like Guardiola]. For me it was as if the planets were aligned at that time for Barcelona. I say that if Leo had been nationalised Spanish, as at some point they asked him, Spain would have been world champion three times, I have no doubt."

GAL OF THE DAY
MESSI pic.twitter.com/FFxqv2MKXr

Over the next two decades Messi etched himself into football legend and is considered by many as the greatest of all time.

A club-record 634 goals, 254 assists, 444 goals in LaLiga - a competition record - the most registered in a calendar year in 2012 with 91, 10 LaLiga titles, six Copas del Rey, four Champions Leagues, 34 Barca honours in total, a benchmark six Ballons d'Or. The only blot on a flawless resume is a lack of international titles with Argentina.

This transfer window almost saw the end of one of football's greatest love affairs. Barca's humiliating 8-2 defeat to Bayern Munich in the Champions League left Messi despondent and seeking a new challenge.

A dispute over a clause in his contract meant Messi, who did not want to drag his beloved Barca through the courts, stayed put.

"FC Barcelona is his life. I am sure it is his life," Soldini said about the saga. "In 2015, he told me that he was going to stay there all his life.

Messi's love affair with Barcelona has produced some of the most utterly joyous moments for fans of the game. The world may be a completely different place to when he first stepped foot on a Barcelona training pitch 20 years ago, but boy has football been blessed by his presence.

I Can Only Congratulate Jurgen Klopp On Thiago Alcantara Siigning: Hansi Flick