The team gathered in Jamshedpur for the preparatory camp leading to the AFC Asian Cup, which is to be hosted in India next January 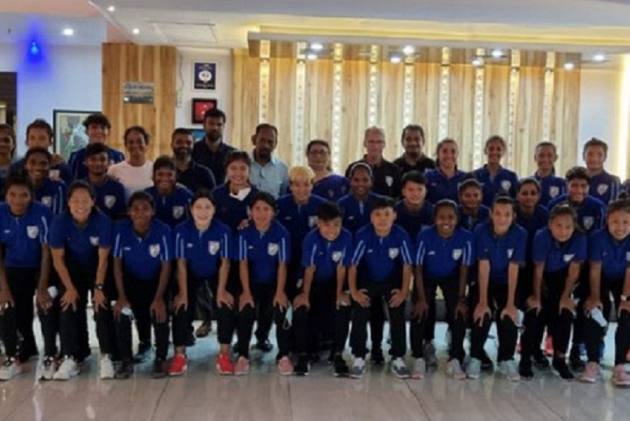 Grateful to the Jharkhand government for allowing them to camp in Jamshedpur amid the COVID-19 pandemic, the Indian women's football team players are hoping to make the most of it ahead of the AFC Asian Cup. (More Football News)

The team gathered in Jamshedpur for the preparatory camp leading to the continental event, which is to be hosted in India next January.

At a time when the pandemic has affected normal life, the players are elated at being back at the national camp.

Captain Ashalata Devi said: "Keeping in mind the current pandemic situation in the world it's not easy to set up such camps for any sporting events. We are extremely thankful that the Jharkhand government and AIFF have come together to arrange this camp for the team.

"We only hope to move forward together in our preparation for the Asian Cup," she mentioned.

The Indian women had earlier travelled twice on international exposure tours in Turkey and Uzbekistan where they played the likes of Uzbekistan, Belarus, Ukraine and Russia earlier this year.

The team's new head coach Thomas Dennerby has an experience of over 30 years in guiding several national squads with much success.

The UEFA Pro diploma holder had guided Sweden's women's national team to a 3rd-place finish in the FIFA World Cup in 2011, and a quarter-final spot in the 2012 London Olympics.

"Being back in the camp feels absolutely great. Personally, I am even more elated as I am back after a long injury. But we are all aware of the massive task ahead of us, to get ready for the Asian Cup," winger Sanju Yadav said.

"Everyone is motivated, and our new coach Thomas Dennerby has also been very helpful on and off the pitch. He has experience of coaching at the highest level, and we're all looking forward to learning as much as we can from him."

"We are like one big family. We can now shift focus to preparing for the Asian Cup, and I can guarantee that everyone is highly motivated. We are all very thankful to the Jharkhand Government for hosting us in Jamshedpur," said Sangita.