If the Goan team manages to win, it will become the first India club to achieve the feat in the tournament. 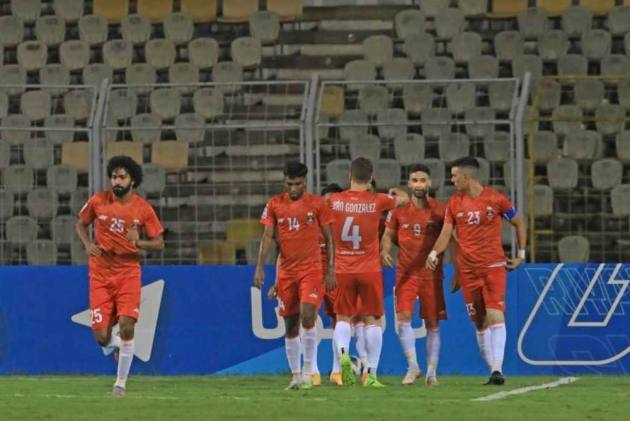 Already out of reckoning for a knock-out berth, FC Goa will seek their maiden win in the AFC Champions League (ACL) in their last Group E match against Al Wahda of the UAE Margao on Thursday.  (More Football News)

If the Goan team manages to win, it will become the first India club to achieve the feat in the tournament.

The team conceded an 89th minute goal to squander the chance on Monday when it played out a 1-1 draw with Al Rayyan of Qatar.

Al Wahda will come into Thursday's match on a confident note after their 1-0 win over in their last match on Monday.

But FC Goa will also take confidence from the fact that they could have won the first leg match on April 17.

In that match, the Abu Dhabi-based side had majority of possession and they were clearly the better side but FC Goa too were impressive in their counter-attacking display and they had two great scoring chances, including Brandon Fernandes' shot that hit the post.

"Our plan is to be competitive and collect the three points tomorrow," said FC Goa head coach Juan Ferrando ahead of Thursday's match.

“It may not be an easy task considering the recovery of our players but we must keep our concentration and perform."

“Finishing third in the group of the AFC Champions League is not an easy task. As the head coach I’m proud of what my players and coaching staff have done so far."

He said the key would be to stay focused and put the best foot forward.

“These players are mentally strong in managing pressure. I don’t see my players losing confidence. The target in every match and tomorrow is going to be the same."

Al Wahda will without captain and start player Ismail Matar and several other key players due to suspension. Matar is a former captain of the UAE national team and has played more than 100 international matches.

"It's the last game and even though the players are tired, I’m really looking forward to this match. We’ve been playing in this competition with this bubble for three weeks. It’s not easy but we are managing thanks to the people here in India," said Al Wahda head coach ,” said Henk ten Cate.

“We want to win but it will not be an easy game tomorrow as we have a couple of players suspended. It will be hard because FC Goa are still in search of their first win and they will do everything to get the three points.

"We must not allow them to win the game. We want to qualify into the next round, It’s what we came here for and hopefully we will succeed."