Champions in 2012, Ulsan Horangi will face Persepolis of Iran in the AFC Champions League final in Qatar on Saturday 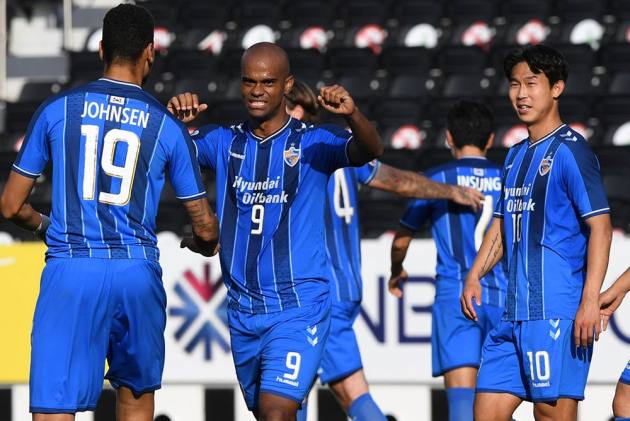 Champions in 2012, Ulsan will face Persepolis of Iran on Saturday in Qatar where all the games are taking place due to travel restrictions imposed due to the coronavirus.

In a tightly contested semi final that featured both teams creating chances, it was Kobe, missing star midfielder Andres Iniesta through injury, that took the lead early in the second half when Hotaru Yamaguchi scored from a well-worked corner.

Ulsan pushed forward and was rewarded seven minutes from the end when Norwegian striker Bjorn Johnsen deflected Yoon Bit-garam's shot into the Kobe goal to take the game into extra time.

With just one minute remaining before a penalty shootout, Junior was fouled in the area by goalkeeper Daiya Maekawa and the Brazilian, top scorer in the 2020 K-League, scored from the spot to give Ulsan victory over the big-spending J League club.

“Today was a very tough game against a big team,” Junior said.

“And we did it. We just enjoy the moment. Tomorrow we start thinking about the final. I really appreciate the supporters in Korea and around the world. One more step!"