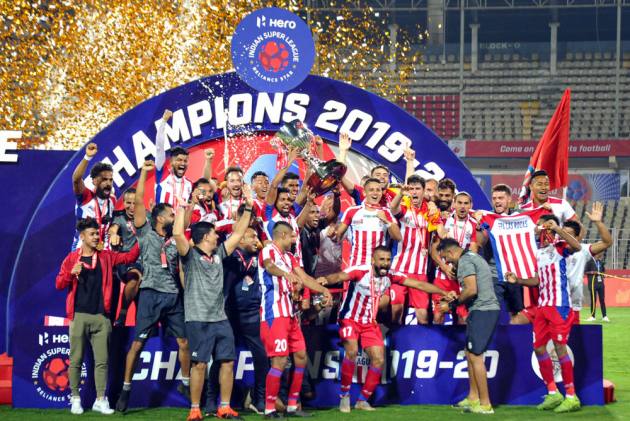 In a letter to All India Football Federation (AIFF) General Secretary Kushal Das, Dato Windsor John, General Secretary, AFC wrote: "On behalf of the Asian Football Confederation, I would like to congratulate FC Goa, Mohun Bagan and ATK for winning the season titles in India!"

"In addition, I would like to express my sincere appreciation to All India Football Federation for the successful organisation of the 2019/2020 Football Season,” Dato Windsor further mentioned. 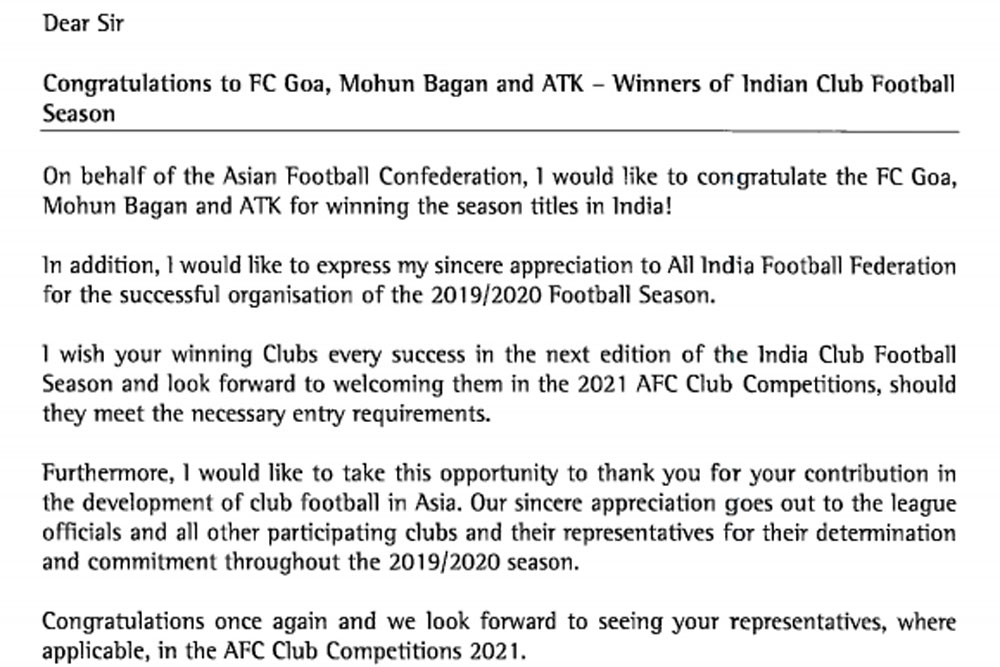 Screengrab of the letter, as shared by the AIFF.

FC Goa finished as the league toppers in the recently-concluded sixth edition of the Hero Indian Super League, finishing with 39 points in 18 matches -- five points ahead of nearest rivals ATK -- and thus became the first Indian club to qualify for the AFC Champions League.

Mohun Bagan confirmed the I-League 2019-20 title with a 1-0 victory over Aizawl FC on March 10, which took them to an unassailable tally of 39 points in 16 games and assured them of their second Hero I-League crown in five years.

Meanwhile, ATK became the Hero Indian Super League champions for a record third time on Saturday (March 14, 2020) when they got the better of Chennaiyin FC at the Fatorda Stadium in Goa with the score-line reading 3-1 in their favour.

The letter further stated: "I wish your winning clubs every success in the next edition of the India Club Football Season and look forward to welcoming them in the 2021 AFC Club Competitions, should they meet the necessary entry requirements."

"Furthermore, I would like to take this opportunity to thank you for your contribution in the development of club football in Asia. Our sincere appreciation goes out to the league officials and all other participating clubs and their representatives for their determination and commitment throughout the 2019/2020 season."

"Congratulations once again and we look forward to seeing your representatives, where applicable, in the AFC Club Competitions 2021."