ATKMB are without central defender Sandesh Jinghan, while heavyweight Hugo Boumos had to miss out for Finnish Euro 2020 star Joni Kauko. 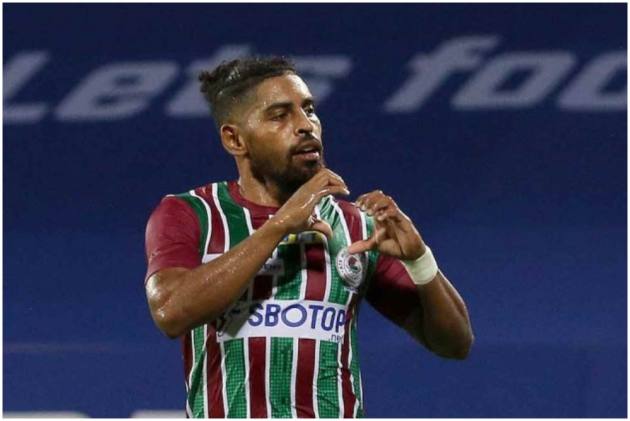 Up against a formidable opponent in unfamiliar territory, ATK Mohun Bagan will start as underdogs in their AFC Cup Inter-Zone semifinal against FC Nasaf of Uzbekistan here on Wednesday. (More Football News)

ATK Mohun Bagan are without central defender Sandesh Jinghan, who has joined Croatian club Sibenik since the 1-1 draw with Bashundhara Kings which saw the Indian side advance as South Asian Zonal champions.

Another heavyweight Hugo Boumos is also out, having been omitted from the squad to make way for Joni Kauko, a newly signed midfielder who appeared in all three of Finland’s matches at UEFA Euro 2020 earlier this year.

With only two more days to go for our #AFCCup Inter-Zonal Semi-Final, we look back at our journey so far! âÂÂ½ï¸ÂÂðÂÂÂÂ¥#ATKMohunBagan #Mariners #JoyMohunBagan #IndianFootball pic.twitter.com/fcsEZLMEKW

The 2020 Uzbekistan Super League runners-up will play the make-or-break clash in the familiar surrounds of Markaziy Stadium, a venue where they have tasted defeat just twice in 11 home matches this season, including their 3-2 win over Turkmenistan’s FC Ahal in the previous round of the continental tournament.

In contrast, ATK Mohun Bagan have had to travel via Dubai in their bid to advance to next month’s Inter-Zone Final against Lee Man FC of Hong Kong, and have been out of domestic league action since March, with three AFC Cup group stage fixtures in August their only competitive action in over six months.

Despite the lack of competitive preparation matches, Antonio Lopez Habas’ side hope to make up for it in talent and ambition.

The star attacking duo of Roy Krishna and David Williams have travelled after combining for three of the team’s six goals in the group stage, while goalkeeper Amrinder Singh will be aiming to build on a positive start to life at ATK Mohun Bagan.

Fans of the Kolkata-based side will, at the very least, be expecting a far better result than the last Indian team to venture to Karshi for an AFC Cup clash, with Dempo suffering a 9-0 defeat in the group stage back in 2011.

Nasaf are match fit, focused and in form. Chasing the trophy, a decade after the club won it in 2011, the settled nature of Ruzikul Berdiev’s outfit is underlined by the fact there are no changes to the squad which successfully navigated the Central Asian Zonal Final last month.

Serbian duo of Marko Stanojevic and Andrija Kaluderovic – both goal scorers against Ahal – may be well known to fans from outside Uzbekistan, but Nasaf’s strength lies in their deep pool of young local talent, with Sherzod Nasruallev, Khusayin Norachaev, Akmal Mozgovoy and Khusniddin Alikulov all under 25, and all influential in the competition so far.

Berdiev’s charges have proved impossible to contain in Asia this season, averaging 67 percent of possession and 21 shots at goal per outing over their four fixtures and scoring multiple goals in every match.