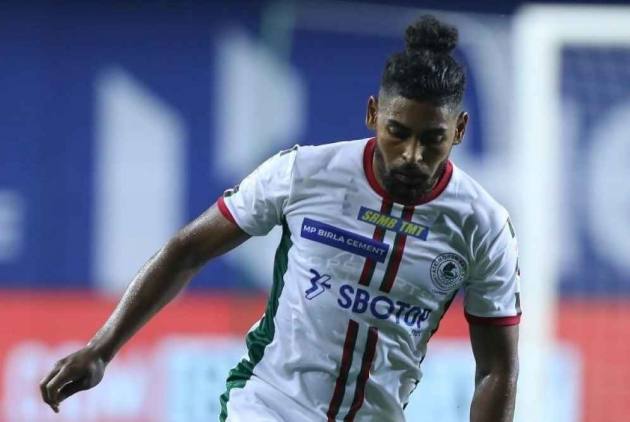 ATK Mohun Bagan's preparation for the AFC Cup may not be ideal because of the COVID-19 pandemic, but chief coach Antonio Lopez Habas on Wednesday said his new look team is ready for the challenge. (More Football News)

The COVID-19 situation meant that all the foreign players could not attend the ongoing camp here but Habas said the team is focussed on doing well despite the difficulties.

"The COVID situation meant it was not an ideal preparation, but there was no other way, we had to adapt," Habas said during a media interaction here, ahead of their departure on August 14.

The Habas-coached side will take on the winners of the match between Bengaluru FC and Maldives' Club Eagles in their AFC Cup Group D (South Zone) match in Maldives on August 18.

The Mariners will be sporting the Indian Tricolour above the team logo on their jersey.

Maldives' Maziya Sports & Recreation and Bashundhara Kings of Bangladesh are the other two teams in Group D.

The group toppers will qualify for the single-leg inter-zonal semi-final.

Following their merger, ATKMB took the group slot of Mohun Bagan who had qualified by virtue of winning the I-League in 2019-20.

"I always say that there are no excuses. The competition is waiting for us in the Maldives and we will have absolute preparation."

ATKMB have made a slew of changes in their team, including snatching the high-profile French midfielder Hugo Boumous from Mumbai City FC.

They also have Finnish midfielder Joni Kauko who was signed after his exploits in the Euro Championships as he comes as a replacement for Spaniard Javi Hernandez.

The Mariners have retained their high-profile striker duo of Roy Krishna and David Williams, while roping in Indian stars Ashutosh Mehta and Amrinder Singh.

"We have to continue improving. We have to improve from last season so signing new players was important for us. Players go out and players come in but the magic word is balance between one season and another season," Habas said.

While the likes or Kauko and Boumous have already joined the squad, Australian forward Williams will join on Thursday.

"He's coming tomorrow. We will evaluate his physical status and see," Habas said of Williams.

The Spaniard said his target is to win the Indian Super League (ISL) in the upcoming season, after missing out the title with a narrow 1-2 loss to Mumbai in 2020-21.

"We didn't win the title but the team was tied on the same points as Mumbai during the regular season. In the knock-outs, anything can happen.

"We had the possibility to win the title but we couldn't. But now we have to increase our standard and the target this season is to win the ISL," he said.

Habas was all excited about his new look squad and said the key in football is to create a balance between attack and defence.