While the AIFF has not named a captain yet, the experienced Loitongbam Ashalata Devi is likely to lead the side in the AFC Women's Asian Cup, which will be held in three venues across Maharasthra from January 20 to February 6. 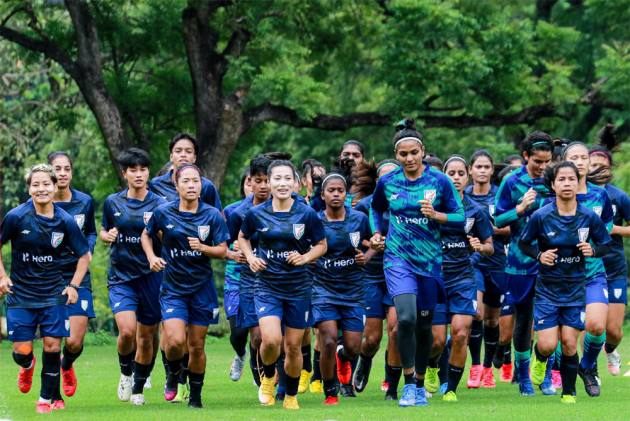 Host nation India on Tuesday named its 23-member squad for the upcoming AFC Women's Asian Cup, including four youngsters from the team that finished runners-up in the U-19 SAFF Championships in Dhaka last month. (More Football News)

While the All India Football Federation (AIFF) has not named a captain yet, the experienced Ashalata Devi is likely to lead the side in the continental tournament, which will be held in three venues across Maharasthra from January 20 to February 6.

READ: VAR Set To Make Debut In India From Quarterfinals

There are no surprises in the team announced on Tuesday as 27 players had been camping in Kochi since last month, out of which 23 had been picked.

The four players who had participated in the SAFF meet and are also part of this squad are Hemam Shilky Devi (defender), Mariyammal Balamurugan (forward), Sumati Kumari (forward) and Naorem Priyangka Devi (defender).

India will however miss the services of seasoned striker Ngangom Bala Devi, who continues to recover from an ACL (anterior cruciate ligament) surgery performed last September. It can take a minimum of six months to fully recovery after the operation.

For automatic qualification to the quadrennial showpiece in Australia and New Zealand, India, ranked 55th in the world, must be among the top five teams.

The tournament organisers have released the squads of all the 12 participating nations. Monday was the last date of registration.