The recent development of Pierre-Emerick Aubameyang's health condition kept the Gabonese out of their African Cup of Nations 2021 match vs Ghana. It also puts Auba's participation in doubt for the rest of AFCON 2021. 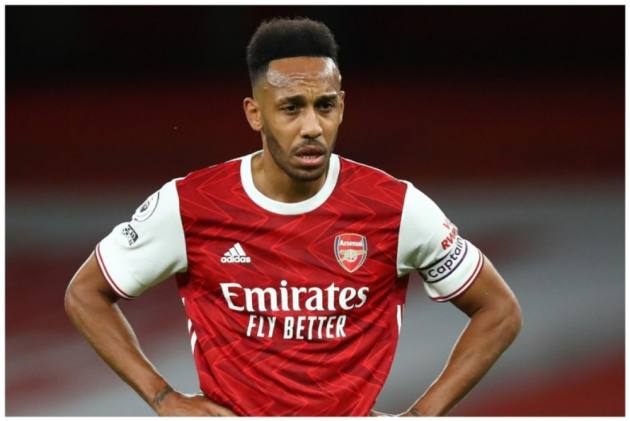 Gabon and Arsenal forward Pierre-Emerick Aubameyang has been diagnosed with heart lesions at the African Cup of Nations 2021 in Cameroon after contracting the coronavirus, the Gabon Football Federation said. (More Football News)

It ruled Aubameyang out of Friday’s game against Ghana and put the rest of his AFCON 2021 in doubt. Two other Gabon players were also prevented from playing after similar medical checks following their return from positive virus tests.

The ‘cardiac lesions’ were found in a check by Confederation of African Football (CAF) medical officials, who examined Aubameyang to ensure he was OK to play again after he returned from a positive virus test, the Gabon federation said in a statement.

The Gabon federation said Aubameyang's diagnosis wasn’t serious but the medical officials “did not want to take any risks,” and CAF’s medical commission ruled Aubameyang was not able to play against Ghana. A lesion is a damage or abnormal change to body tissue.

Aubameyang tested positive for the virus at an airport on arrival in Cameroon last week and was put into isolation. He also missed Gabon’s first game, a 1-0 win over Comoros. The Gabon captain has since tested negative for the virus and was out of isolation two days before the Ghana game and was expected to return to the team.

Gabon forward Axel Meyé and midfielder Mario Lemina were the other two CAF prevented from playing against Ghana after they also had evidence of cardiac lesions, the Gabon federation said. They had also been isolating because of positive virus tests.

The news regarding Aubameyang and his teammates came on the same day it was announced that Bayern Munich defender Alphonso Davies has been sidelined with evidence of heart muscle inflammation after he contracted the virus.

At the African Cup of Nations 2021, Gabon played against Ghana without two other players because of the virus. Defenders Sidney Obissa and Lloyd Palun tested positive on Wednesday in mandatory testing of the squad 48 hours ahead of its game, the latest cases in Gabon's outbreak.

Gabon coach Patrice Neveu also tested positive on Wednesday but returned a negative test later ahead of the Group C game and was allowed to take his place on the sidelines. Gabon scored an 88th-minute equalizer to draw with Ghana 1-1 and give itself a chance of qualifying for the knockout stages.