Upon leaving Afghanistan four years ago, Ibrahim Rasool first went to Iran, then to Turkey and Greece. He came to Bosnia two months ago through Albania and Montenegro after staying in Greece for more than three years. 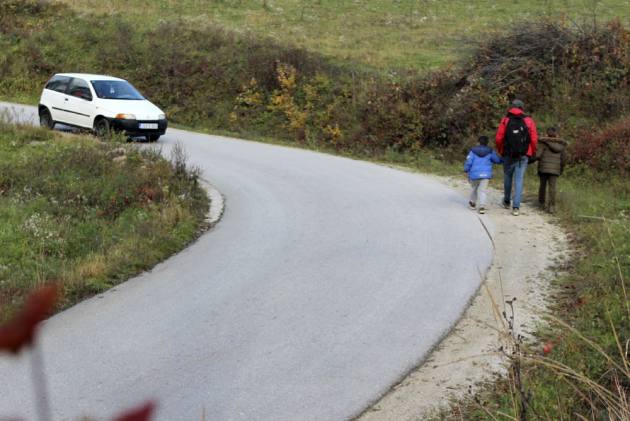 Ibrahim Rasool loved his job as a referee because of sportsmanship and fair play. But the 33-year-old from Afghanistan says there’s nothing fair about the way the European Union treats people flocking to its borders in search of a better life. (More Football News)

Rasool told The Associated Press that police in Croatia ignored pleas from a pregnant woman and families with small children and instead deported him and 16 others back to Bosnia when they crossed into the EU country this month.

Rasool provided video that he said he had filmed inside a Croatian police van and in a forest at Croatia’s border with Bosnia. Croatian police insulted the people who tried to make it in and told them to go back to Afghanistan, Rasool said.

Croatian police have not responded to an AP request seeking information about the alleged Nov. 10 border incident.

The video provided by Rasool showed people crouched inside a fenced, moving van that included women and small children. In the forest video, men are carrying an apparently pregnant woman in a blanket. Neither video could be independently verified.

Rasool said Croatian police told the group there is no space in the EU for people from Afghanistan, referring to the migrants as “animals” and “dirty people.”

Croatian police have faced multiple accusations of pushing back migrants and refugees and using violence to do so. The European Court of Human Rights last week ruled against Croatia in a 2017 pushback case after which a 6-year-old Afghan girl was killed by a train.

Although Croatian authorities last month were forced to suspend three special police officers who were filmed hitting migrants with batons while forcing them out of Croatia, they have rejected accusations of a systematic, widespread abuse of migrants in the border zone.

Rasool and his group have been stuck in a makeshift camp near the Bosnian border town of Velika Kladusa. The camp has no facilities other than improvised tents but Rasool said it was still better than official migrant camps “because we are free.”

Upon leaving Afghanistan four years ago, Rasool first went to Iran, then to Turkey and Greece. He came to Bosnia two months ago through Albania and Montenegro after staying in Greece for more than three years. Despite being turned back repeatedly at the Croatian border, Rasool and his fellow migrants will try again to cross as soon as they can.

Once they reach Croatia, migrants seek to go to Italy or Slovenia before moving on toward Western Europe’s wealthiest countries. Several thousand people remain stuck throughout the Balkans looking for a chance to reach the EU.

“We cannot stay in Bosnia because the weather is going (to be) very cold” soon, said Rasool.

Rasool provided the AP with copies of his FIFA-approved referee certificates and photos from some of the hundreds of futsal matches he handled in Afghanistan. He said he fled his home country over disagreements with the management of the Afghan football association.

“I want to continue my job, I want to be back to my normal life,” he said. “It doesn’t matter which country.”

Futsal is a form of soccer played on a much smaller, hard court and mainly indoors.

While in Greece, Rasool coached refugee teams, he said. In Bosnia, he could be seen playing soccer with children and other men in the camp. Returning home to Afghanistan is not an option, especially after NATO troops pulled out and the Taliban took over again.

But Rasool said his hopes of a brighter future in the West have been shaken badly by the treatment at the Croatian border. The fourth time he tried to cross into Croatia, police took all his money and laughed at him and others.

“They stole from refugees,” he said. “They think we are animals, not human.”

He said the Taliban, Croatia and other EU governments are all playing with people’s lives.

“If European Union accept this” stance by Croatian border police, then it is no better than the Taliban, he said.