After Taliban took over the war-ravaged nation, men's cricket is in a fortunate position in Afghanistan compared to women's sport which is in serious jeopardy. 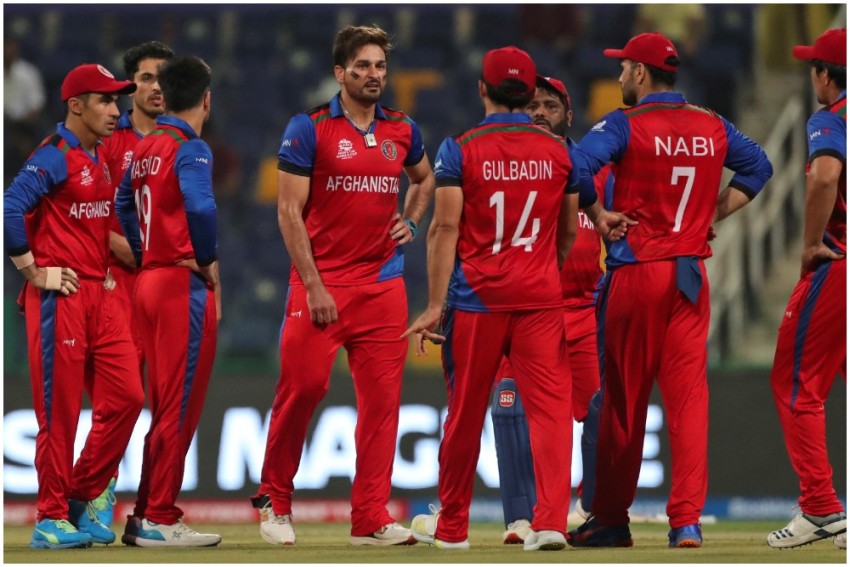 Different countries and world organisations are trying to figure out how to take Afghanistan along ever since Taliban took control over the landlocked country at the crossroads of Central and South Asia. (More Cricket News)

The International Cricket Council (ICC) is no different as the world cricketing body has chalked a road map to review the status of cricket in Afghanistan.

ICC on Wednesday formed a working group, comprising chairman Imran Khwaja, Ross McCollum, Lawson Naidoo and Ramiz Raja. The group will report back to the ICC Board over the coming months.

"The ICC Board is committed to continuing to support Afghanistan Cricket to develop both men's and women's cricket moving forward," ICC chairman Greg Barclay said in a media statement. "We believe the most effective way for this to happen will be to support our Member in its efforts to achieve this through its relationship with the new government.

"Cricket is fortunate to be in the position to influence positive change in Afghanistan with the national men's team a source of great pride and unity in a country with a young population that has experienced more upheaval and change than most. We should protect that status and continue to try to influence change through the ACB but will continue to closely monitor the situation and take any decisions accordingly."

ACB Chairman & CEO met officials from @ICC, @BCCI, @TheRealPCB & other cricketing nations informally, to discuss various aspects, including bilateral cricket with them. They will keep meeting other cricket nations & more good news will be on its way for @ACBofficials. pic.twitter.com/ECMZEwWTq6

However, the Islamic fundamentalist and military organization Taliban's take on women, that they would not be allowed to play sport, brought no good for Afghanistan Cricket Board (ACB). Subsequently, Cricket Australia postponed the historic one-off Test between Australia and Afghanistan men's teams in November. There are speculations that other cricketing boards, too, might follow suit.

"Our goal is to see men and women playing cricket in Afghanistan. Our view is that the best way to achieve that is to stay closely connected with the cricket board and try to influence through the cricket board," Geoff Allardice, the ICC interim chief executive, had told media when asked about the future of Afghanistan men's team if Taliban refuses to change their position on women's sport.

"They (ACB] have said to us that women's cricket is continuing. They certainly haven't given us an indication that it has stopped. Time will tell, in terms of how that plays out. Yes, we have been in regular communication with them from the time things changed in their country. We are hoping to have some meetings with their representatives around our board meetings."

"They're on a steady trajectory of development there and we would like to see that continue. How other members react with their bilateral arrangements with Afghanistan is up to them. We will be working through their situation at our board level and with their board as well. They are the agents for developing cricket in their country.

Geoff Allardice added that the ICC is trying to ensure that cricket is governed by the Afghanistan Cricket Board with respect to their constitution.

"Afghanistan is our member, and they are going through some change at the moment. We are just trying to liaise with them, ensure that cricket is being governed and the board is governed appropriately and in accordance with their constitution.

"The second is that their cricket is continuing to function. We've supported them and the team has performed at this event. You've seen their players in a number of events now. In terms of how our board will consider the situation in Afghanistan at its meeting next week, they will get a report on how things are travelling. They're going through a lot of change within the country and in terms of the relationship of the cricket board with the new regime," Geoff Allardice added.

Moreover, the Afghanistan Cricket Board has seen a few changes at the top.

Afghanistan all-rounder Mirwais Ashraf was appointed as the acting chairman of the ACB last week, marking it the second such appointment in four months. Azizullah Fazli assumed the role of chairman after replacing Farhan Yusufzai, who left Afghanistan following the take over by Taliban.

"The government is trying to bring in more competent people with expertise in technical aspects of the game - commercial, business and marketing," a former director of the ACB told ESPNcricinfo. "If Afghanistan can produce world-class players with this broken system back home, then imagine what they can do with a competent board."