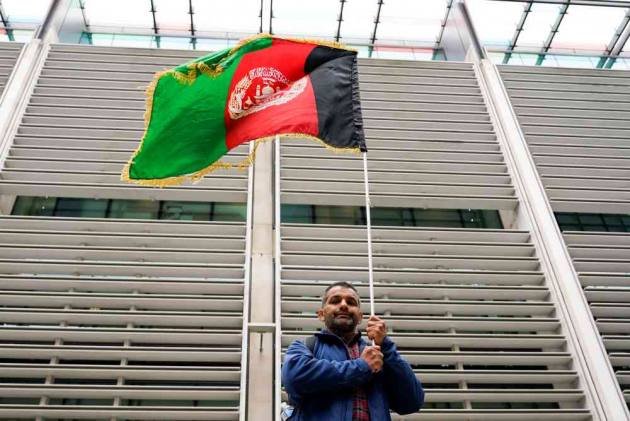 The Tokyo Paralympics opening ceremony will feature the flag of Afghanistan as a 'sign of solidarity,' International Paralympic Committee chief Andrew Parsons said on Monday even as the country's athletes were forced out of the Games after Taliban's takeover. (More Sports News)

Afghan athletes were forced to withdraw from the Games as all flights out of capital Kabul got cancelled after the Taliban seized control of the strife-torn nation.

Parsons said at a press conference that a representative of the Office of the U.N. High Commissioner for Refugees will carry the flag into the National Stadium during the opening ceremony on Tuesday.

"We will include the Afghanistan flag in the ceremony in a sign of solidarity and we have invited the United Nations High Commissioner for Refugees representative here to act as the flagbearer," said Parsons.

Para-taekwando player Zakia Khudadadi, who became the first female para-athlete to be selected for Afghanistan, was set to compete here along with team-mate Hossain Rasouli.

Parsons added, "It is an act of solidarity. We decided this yesterday in the Board meeting.

"It is important to highlight that as it is a message of solidarity and peace that we send to the world.

"We would like to have them here, unfortunately it is not possible, but they will be here in spirit."

The Taliban took over the country's political reins following the withdrawal of American troops and the collapse of the elected government.

Afghanistan's only athlete at the Games will be Abbas Karimi, one of the flagbearers for the Refugee Paralympic Team, having fled his home nation in 2013.

Karimi was born in Afghanistan, but at age 16 he left the country without his family to escape the conflict and pursue his dream of becoming an elite athlete.

A swimmer, Karimi was born without arms and began taking to the pool at age 13, having previously been involved in kickboxing.

He first fled to Iran, and then paid smugglers to take him across the border into Turkey.

He spent four years there without documentation, and it was during this period that he was contacted by Mike Ives, a former wrestling coach who had started helping refugee athletes.

Ives told Karimi he would support him if he wanted to move to the United States but the process was complicated as he did not have valid documentation.

Karimi finally settled in Portland in 2016.

"I was a refugee in Turkey, I didn't have any passport to fly with. The UN High Commissioner for Refugees helped me to explain my case and then the USA accepted me as a refugee. When I finally got there, I said this is another opportunity, a second chance," Karimi has said.

A silver medallist (50m butterfly) at the 2017 World Championships in Mexico City, he got into swimming after his brother built a 25-metre pool for the community near their home in Kabul.

The love affair with water began in his childhood as Karimi and his friends would often jump into the river with their clothes on instead of going to school.