After A Successful Australia Tour, Pacer Mohammed Siraj Gifts Himself A Luxury Car 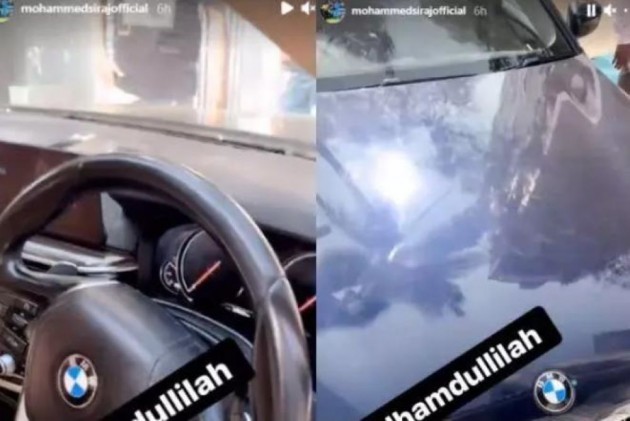 The fast bowler snared 13 wickets in total taking on the mantle of a senior bowler on his maiden tour Down Under. In Brisbane, Siraj along with Shardul Thakur restricted Australia's lead to just 328. Siraj ended up with his maiden five-wicket haul, finishing with 7/73.

After returning to Hyderabad, Siraj drove straight to his father's grave and spent sometime there.

Siraj, put a video on his Instagram showing a new BMW car which he bought, writing, "Alhamdullilah (By God's grace)" on the pics.