England defeated New Zealand in the Cricket World Cup at Lord's, on July 14. Man of the match, Ben Stokes has set his sights on Ashes glory. 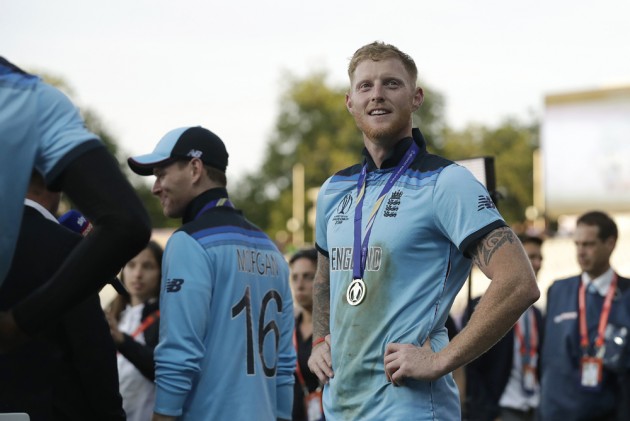 After having played a crucial role in England's Cricket World Cup final win over New Zealand, at Lord's on July 14, Ben Stokes has set his sights on the Ashes, and hopes to win. It starts from August 1.

The hosts edged past the Black Caps on the basis of more boundaries after having drawn on Super Over too.

Speaking to AFP, Stokes said, "We may be world champions but also want to be Ashes winners as well."

He also revealed that it was an incredible feeling to win the coveted trophy, and also to be declared as man of the match.

He quipped, "We would have been devastated if we hadn't managed to lift that trophy but looking back over that game I think it will go down in the history books as the best ever, with all the drama of a World Cup final."

After the match, reports came in that an umpiring blunder gifted England the World Cup trophy. With nine runs needed off three balls, a throw touched a diving Ben Stokes and ran away to the boundary, handing the hosts a total of six runs. According to Simon Taufel, England should have been awarded five runs instead of six.