With a strong batting line-up, RCB, who scored 152 for seven vs Delhi Capitals, lost their fourth straight match and yet made the IPL playoffs 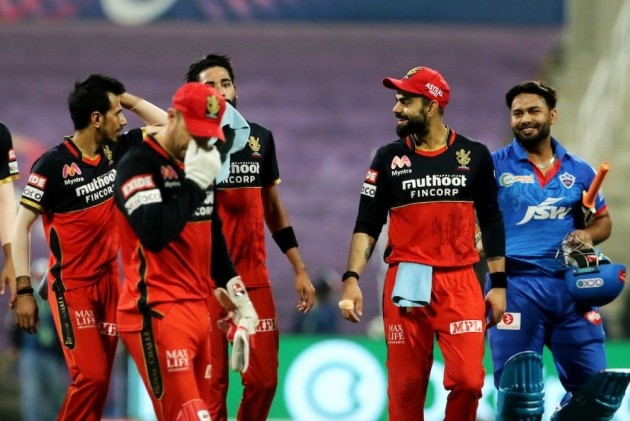 Indian Premier League can cause heartbreaks and get lucky too. What finally counts to give teams a chance to enter the final stage of the tournament -- the IPL playoffs -- doesn't always depend on merit. (POINTS TABLE)

Royal Challengers Bangalore lost four straight matches in the business end of the league stage and yet made the playoffs. Kings XI Punjab had one bad game against Chennai Super Kings after five straight wins and crashed out. Virat Kohli admitted RCB were not as intense as he would have liked them to be..

In this format of the tournament, the margins are so little and volatile that calculations can go haywire. Does it really depend on the ability of a team?

RCB probably have one of the best batting line-ups in IPL but their 152 for seven wickets against Delhi Capitals at Abu Dhabi was certainly under par.

Virat Kohli's team will meet either Sunrisers Hyderabad or Kolkata Knight Riders in the eliminator and whether another below par batting will matter is anybody's guess. Number 1 on the points table, Mumbai India face No. 2 Delhi Capitals in the first qualifier on Thursday. (FIXTURES & RESULTS) 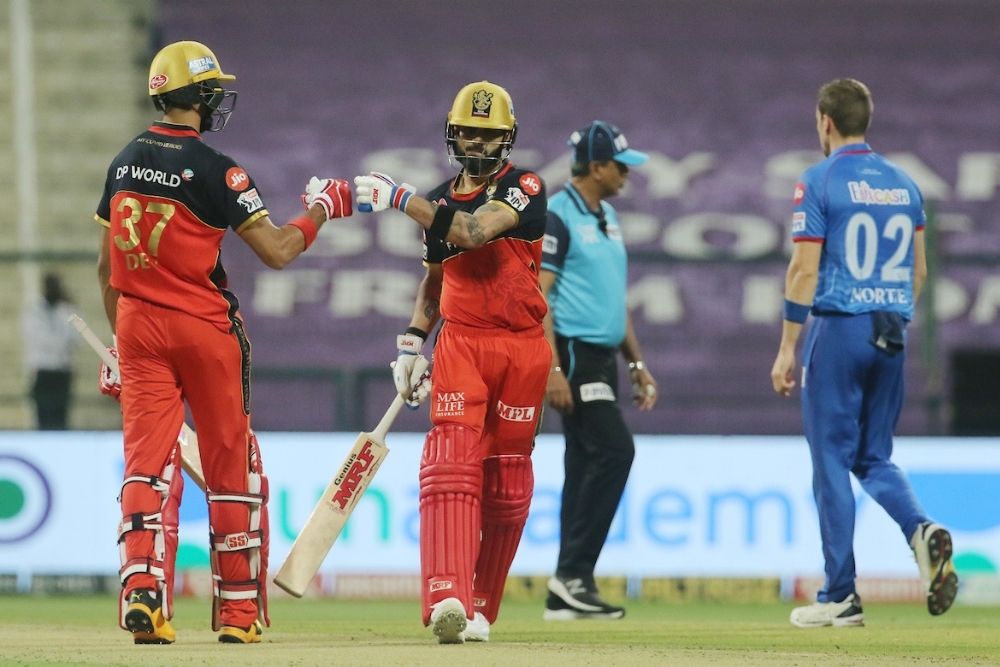 Virat Kohli leads RCB out after suffering a six-wicket defeat against Delhi Capitals in Abu Dhabi on Monday. Photo: BCCI

Kohli said Royal Challengers Bangalore batsmen can be more "brave with the bat". RCB did not score much in the first half of the innings against Delhi Capitals and even had a quiet Powerplay.

"We have a shot, an opportunity and that's all we want as a team. I'm sure the guys will be excited about what's ahead for us. We can be more more brave with the bat in pockets," Kohli said at the post-match presentation ceremony.

"With the ball, we were decent, probably we could have a strong powerplay which is our strength. If we implement those things, we'll be at the right end of the result. It's important to stay positive. There are going to be learnings along the way, but we are glad that we are through."

RCB lost a number of matches but Kohli said they deserved to be in top-4.

"It's a mixed bag ... you come to games to try and get the result your way. We are happy that we've qualified. Top two would've been very really nice. But I think we've played good enough cricket to earn a qualification spot," Kohli said.