Playing his first competitive match since January, Chris Gayle slammed a 45-ball 53 to help KXIP get past RCB in an IPL 2020 match in Sharjah. On and off the field, Chris Gayle is all about action. He keeps grabbing headlines when he is playing and not playing as well.

On Thursday night, playing his first competitive match since January, the burly Jamaican did what he does best -- give the cricket ball a solid whack with complete disdain towards the bowler.

Gayle's 45-ball 53 and his 93-run second-wicket partnership with KL Rahul paved the way for Kings XI Punjab's eight-wicket win against Royal Challengers Bangalore in an IPL match in Sharjah on Thursday night.

The margin of victory was not a true indicator of how the match could have finished. Kings XI Punjab scored a last-ball thriller after Gayle was run out with one ball remaining and one run to get for victory. 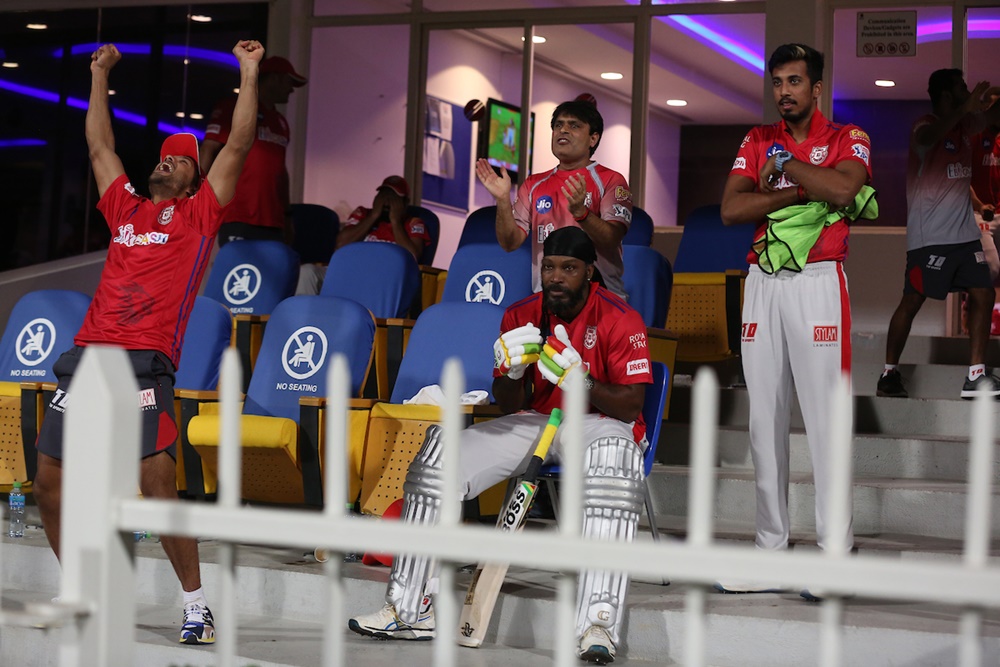 KXIP needed two runs off the last over. It was the easiest of tasks for two in-flow batsmen -- KL Rahul and Chris Gayle. RCB skipper Virat Kohli threw the ball to leg-spinner Yuzvendra Chahal with very little expectation.

The decision to give Chahal the last over had more to do with luck than design. But the move seemed to be paying off.

Gayle, never a great runner between wickets, was run out off the fifth ball and it was heading for a Super Over when Nicholas Pooran stepped out to a Chahal full toss and slammed a six to help KXIP cross the line.

Those gasping seconds were unbearable. KL Rahul, who was not on 61, simply stood and watched from the striker's end. Every Chahal dot ball has him a thud in his heart. But, KXIP escaped this time.

In a post-match chat on live TV, the commentator asked: "Were you nervous, Chris?"

"Not really nervous. I mean, come on... it's Universe Boss batting, how can I be nervous?" Gayle replied with a straight face. His talking is very similar to his batting -- free-wheeling, crisp and from the meat of the willow. Coming in at his not so usual position at No. 3, Gayle struggled for the initial part of his batting. He swung and missed at times. Luck was on his side on Thursday. But he showed the temperament to spend time on the wicket.

"It was a very sticky surface, very slow, but it was better batting second. Team asked me to do a job at 3 and it wasn't an issue," he said. Gayle, for almost his entire career and more than 13,000 T20 runs, has batted as an opener.

"Openers been batting well throughout the tournament and we didn't want to disturb that. Like I said, I was given a job and took it," said Gayle, adding that the 'BOSS' sticker on his bat said who he was.

Virat Kohli said that he was expecting Chris Gayle to win the match for Kings XI Punjab in the 18th over.

Rahul said Gayle was hungry for a came and that showed. KXIP had retained the Jamaican for Rs 2 crores this season. 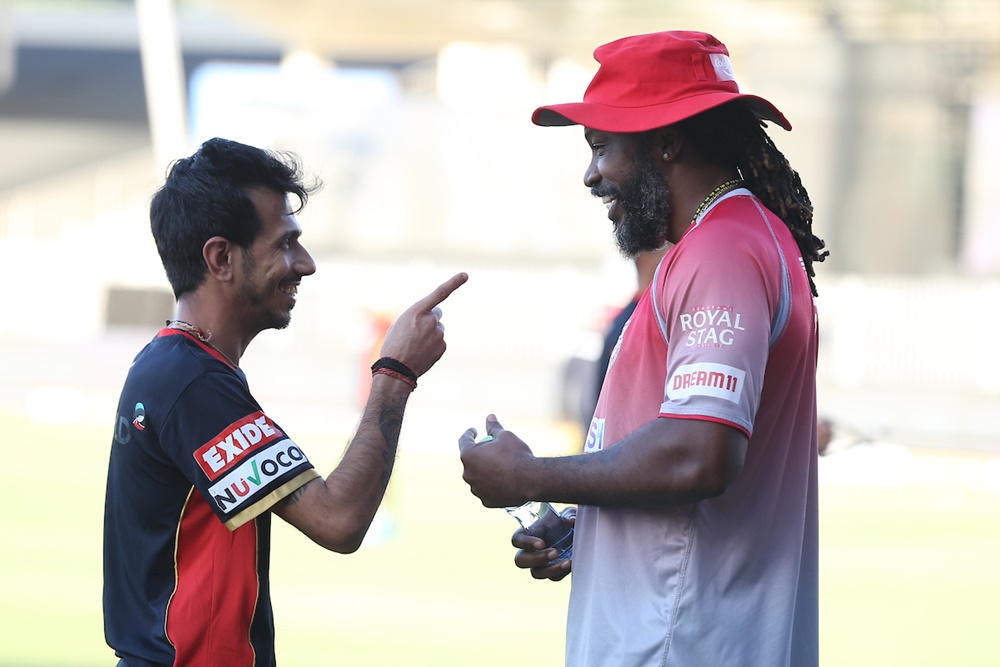 Chris Gayle and Yuzvendra Chahal before the RCB vs KXIP match in Sharjah on Thursday. (BCCI photo)

"Chris has not been feeling well but he's always been hungry. Anyone who saw Chris, he was training hard like he's probably never done. It was a tough call to make not to play someone like him.

"I won't take credit, but it's important to keep the lion hungry sometimes. Wherever Chris (Gayle) bats, he's still the same player and it worked today. Hopefully he can carry on."

RCB play Kolkata Knight Riders next on October 21 in Abu Dhabi while KXIP take on Delhi Capitals the day before in Dubai.