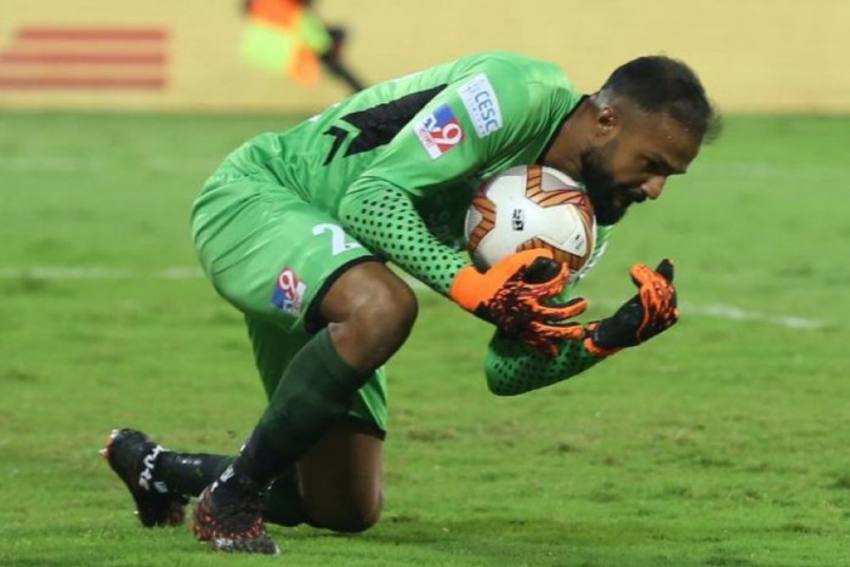 Arindam Bhattacharya knows the feeling of being the "last line of defence" and the heartbreak when it's breached whether it's sport or life. (More Football News)

The ATK Mohun Bagan custodian and this year's 'Golden Glove' winner didn't know what hit him when his mother succumbed to COVID-19 only two weeks back.

Having lost both his parents in a space of one year, Arindam was angry with life in general before the devastation around him made him realise it's time to stand up, come out mourning and be counted in this fight against the dreaded virus.

Having performed his mother's shraddh ceremony, one of the stars of Indian Super League is now arranging oxygen cylinders, supplying food as a "frontline warrior" for his local club "Atlanta", located in South Kolkata's Golf Road region.

"I know what it is to lose your mother to COVID-19. In less than a year, I lost both my parents. Staying locked up at home could have been the easiest thing for me, but then I felt how I can make a difference so I joined the club," Arindam told PTI about joining the fight with his club which has been "COVID" safe home for the positive patients.

For someone who has enjoyed the din at the stadiums, Arindam has had at least 15 sleepless nights when his mother was fighting a losing battle at the hospital.

The cry for Oxygen cylinder, inconsolable men and women at crematorium was life changing experience for him.

"The last 15 days have been like 15 years for me -- so many sleepless nights, that horrific environment in the hospital, the silence of the crematorium. My life had come to a standstill. I felt I could take it no more before I have decided to fight this pandemic from the frontline," the 32-year-old said.

The ATK Mohun Bagan goalkeeper, who conceded just 19 goals with 10 clean sheets and 59 saves from 23 matches this season, is now fully involved with his local club, sponsoring food and oxygen cylinders for the affected and urged others to join in the mission in a Facebook post.

The club has nine beds and 26 oxygen cylinders available and is also enlisted with the Kolkata Municipal Corporation to facilitate admission for the needy.

"Our role is basically to treat the patients who cannot be managed in home isolation but at the same time don't require immediate hospitalisation. So far, 14 have recovered from the club and three-four were shifted to hospital," Arindam said.

He feels that probably it's his mother's blessings that he could see people recover and go back to their near and dear ones.

"I really feel at peace when I go to the club and talk to the patients, asking about their well-being. One day a young girl asked for some comics and we readily arranged. These small, small things really make a difference," he said.

They are also supplying food free of cost for 200 people daily in the south Kolkata region, to the families infected by the virus.

Arindam was supposed to fly to Maldives with the ATKMB squad for their AFC Cup match a few days ago, but had decided to skip it to be with his ailing mother.

A product of the Tata Football Academy, Arindam was part of the Indian team for the 2019 Asian Cup in the UAE.

After his consistent performances at club level, he was first picked for the India U-19 team in 2005 and then made his debut for India U-23 team against Afghanistan in the 2009 SAFF Championship.

In ISL, Arindam had stints in FC Pune City and Mumbai City FC before joining ATK in 2018, where he quickly established as the club’s first-choice goalkeeper.