After Sachin Tendulkar World Cup 'LBW' Vs Pakistan, I Didn't Want Anybody To Get Hit On The Pad: Ian Gould

Ian Gould's decision and the overturn came in the 11th over of India vs Pakistan semi-final match, bowled by Saeed Ajmal. Then, Sachin Tendulkar was on 23 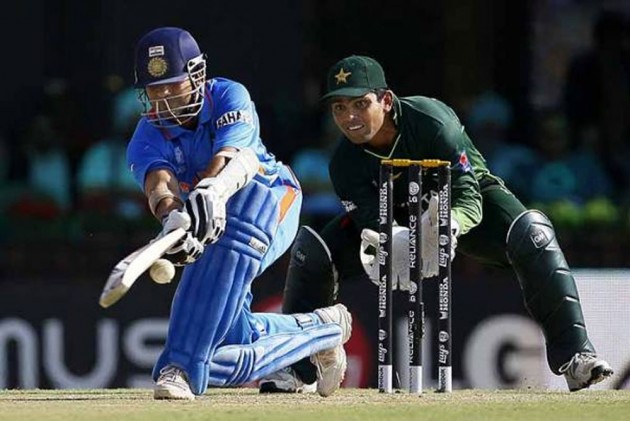 "When I gave him out at Mohali, I'm thinking this is out. I will sit here and guarantee you, if I see it again, I'd still give it out, simple as that. He talked to Gambhir and looked like he was going to walk out, and I'm thinking thank God for that, then he spun on his heels and made that T sign and the world stopped," Gould told BBC 5 Live Sport.

"Eventually, (third umpire) Billy Bowden told me 'It's missing leg, I need you to change your decision.' Well, no disrespect to him, but I was watching on a 90-foot screen showing me it was missing leg by an inch so I didn't really need his analysis. I've got a picture here where I'm looking slightly disgruntled or annoyed as I gave them not out," he added.

Gould said that an umpire's reaction in that situation is similar to that of a player who made a costly mistake. He, however, managed to get his focus back on the game.

"My biggest fear after that was that I didn't want another ball to hit anybody on the pad, my mind had gone. I had the brilliant Simon Taufel with me who kept me going. At the end of it, it's just one of those moments," he said. He also said that he felt it was a straightforward LBW which was another reason why he was ruffled.

"When the ball hit the pad, all I saw was a quicker ball from Ajmal and it thudded into the pads and went to square leg. It was just right, he's out. Sorry, you're out. I don't care who you are, Sachin or anybody, you're out. "It does affect you at some stage but what you have to do is like a player, get rid of it as soon as you can. My problem was the disbelief of that thing missing leg-stump, in my mind it was one of those straightforward ones, gone," he said.

Gould's decision and the overturn came in the 11th over of the match which was bowled by Saeed Ajmal. Tendulkar was on 23 and he would go on to put up a man-of-the-match performance, scoring 85 off 115 balls before Ajmal himself claimed his wicket in the 37th over off a sharp catch by captain Shahid Afridi. India went on to win the match by 29 runs and would later win the World Cup itself after beating Sri Lanka in the final.

"You can't be walking through many airports when you've just given Sachin out LBW sliding down the leg-side. You'll want to find a dress shop, get a wig and a beard and start limping," said Gould.