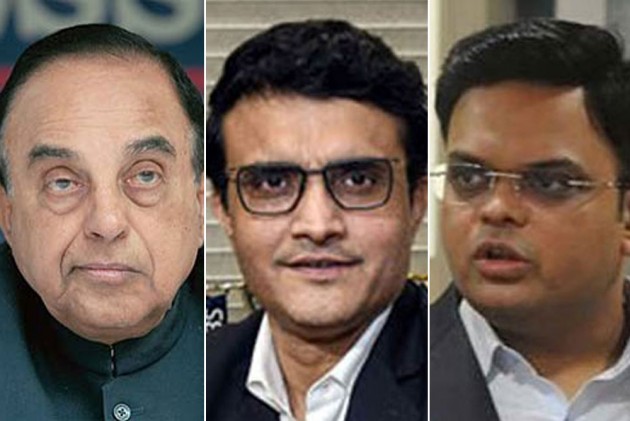 Forty-eight hours before the first ball is to be bowled in Abu Dhabi for the start of IPL 2020, Subramanian Swamy played a cameo at the Supreme Court against top BCCI officials in Delhi but the net result was a zero. (More Cricket News)

Swamy, a veteran BJP MP known for his sharp wit and tongue, filed an Intervention Application (IA) in the Supreme Court on Thursday mid-afternoon only to withdraw it a couple of hours later.

The 81-year-old Swamy's application was in the matter of the 2014 civil case between BCCI and the Cricket Association of Bihar.

Among other things, Swamy's application questioned how Sourav Ganguly and Jay Shah were continuing as BCCI president and secretary, respectively, when their terms had ended. Swamy wanted to "appear and argue the matter in person."

This BCCI vs Bihar case has been heard by over 21 Supreme Court judges and has seen the downfall of two powerful BCCI presidents -- N. Srinivasan and Anurag Thakur.

It also saw Chennai Super Kings and Rajasthan Royals being banned from IPL for corruption.

Two commissions headed by former judges Justice Mukul Mudgal and ex-CJI Justice RM Lodha had banished CSK and RR for two years because their team officials were charged with betting and fixing matches.

Several top players are believed to have fixed matches too.

The Mudgal commission had submitted 13 names in a sealed envelop to the Supreme Court. Only four names were revealed by the judges. Among the four were Srinivasan, his son-in-law Gurunath Meiyappan and IPL COO Sundar Raman.

Before he decided to withdraw it via an email to the lawyers involved, Swamy's application took the cricket fraternity by storm.

Coming as it did just two days before IPL 2020 is scheduled to start in UAE, it ruffled a few feathers. Ganguly and Jay Shah, the son of Home minister Amit Shah, are in Dubai to oversee IPL preparations. The minister was released from hospital Thursday evening.

The BCCI case is now with a two-member Bench comprising Chief Justice of India Sharad Bobde and Justice L. Nageswara Rao. It is understood that a two-judge Bench cannot make modifications to clauses in a constitution that was approved and passed by a three-judge bench.

Swamy's application only emphasised the matter, but only just.