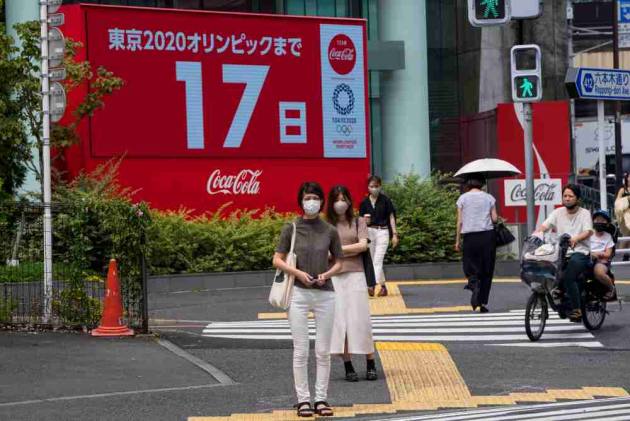 Tokyo is reporting 920 new coronavirus cases, the highest since mid-May, two weeks ahead of the Olympics. (More Sports News)

Japan declared a state of emergency in Tokyo just two weeks ahead of the Games.

Suga noted Tokyo's upsurge and vowed "to do everything we can to prevent the further spread of the infections."

Suga says he'll make a final decision on reinstating the state of emergency on Thursday after consulting with a panel of experts.

A state of emergency in Tokyo just before the games on July 23 would mean Olympic officials abandon plans to have local spectators or lower capacities at venues.

Dr Shigeru Omi, a top government medical adviser, urged authorities to quickly take tough measures ahead of the Olympics and summer vacations when many people tend to be more active.

"The period from July to September is the most critical time for Japan's COVID-19 measures," he says.

Only 15 per cent of the Japanese were fully vaccinated. Japan has reported about 810,000 cases and nearly 14,900 deaths.