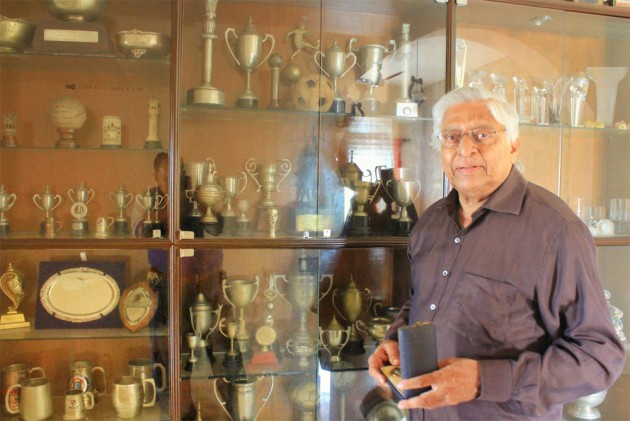 The All India Football Federation (AIFF) condoles the death of former India captain Subimal Goswami, who was fondly referred to as Chuni Goswami by his vast legion of fans. Goswami breathed his last in Kolkata on Thursday (April 30, 2020). He was 82. (More Football News)

Goswami made his International debut against Burma (now Myanmar) in the Asian Games in Tokyo in 1958. He even scored on debut as India rallied to win 3-2 on the day. He went on to represent India in 36 official International matches, captaining in 16 of them, and netting 13 goals.

Besides two editions of the Asian Games, Goswami was also part of India’s Olympic squad in the Rome Olympics in 1960. He also captained India to the final of the AFC Asian Cup in Tel Aviv in 1964 and was part of India’s campaign in the pre-Olympic qualification in 1959 (in Kabul), 1960 (in Kolkata and Jakarta), 1963 (in Colombo as captain), and in 1964 in (Tehran and Calcutta).

Goswami won the Arjuna Award in 1963 and was awarded the prestigious Padma Shri Award in 1983.

Mr. Praful Patel, the President of the All India Football Federation, in his message said: “It’s sad to hear that Chuni-da, one of India’s greatest footballers, is no more. His contribution to Indian Football will never be forgotten. I share the grief.”

“He will stay synonymous with the golden generation of Indian football. Chuni-da, you will remain alive in our hearts,” the AIFF President added.

Mr. Kushal Das, the General Secretary of the All India Football Federation, said: “Mr. Chuni Goswami will be alive in his achievements. He was a legendary footballer and someone who has been an inspiration to so many generations. May his soul Rest in Peace.”

“Indian Football will always remember him as the captain of the 1962 Asian Games gold medal-winning squad. He was a versatile sportsman, having also represented Bengal in the Ranji Trophy. It’s a huge loss not just for Indian Football, but sports in India overall,” he added.

At the club level, he represented Mohun Bagan for 15 consecutive years – from 1954 to 1968, and scored 200 goals for the Green and Maroons including 145 in the Calcutta Football League, 25 goals in the IFA Shield, 18 goals in the Durand Cup, 11 goals in the Rovers Cup and 1 goal in the Dr. HK Mookerjee Shield.

The versatile sportsman that he was, he also represented Bengal in the Ranji Trophy and even captained Bengal in 1968-69 season. He also played for East Zone in the Duleep Trophy.

His first-class career as a cricketer ended after 46 matches and he scored 1,592 runs, including a century.

He also served the Tata Football Academy as its Director and was appointed the Sheriff of Kolkata in 2005. In the same year, he was awarded the Mohun Bagan Ratna and was bestowed the Banga Bibhusan in 2013.

The Indian postal department also honoured Goswami with a commemorative stamp on his 82nd birthday earlier this year.