CoA members SY Quraishi and Bhaskar Ganguly have failed to submit a draft AIFF constitution since its appointment in November, 2017 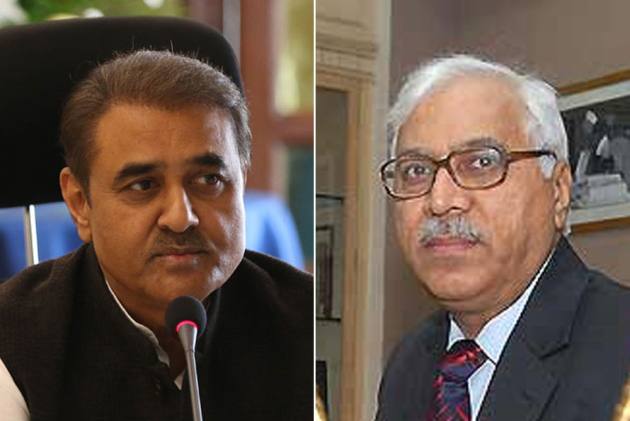 With less than 24 hours remaining for the Supreme Court to hear a petition praying for elections in All India Football Federation, it has emerged that the Committee of Administrators appointed by the Supreme Court on November 10, 2017 to file a draft constitution for AIFF “within eight weeks” of its appointment, has not filed a word till date. (More Football News)

Leading to Monday’s hearing, the office report issued by the registry of the Supreme Court on December 30, did not mention of any ‘sealed cover’ report filed by the CoA, constituting former Chief Election Commissioner of India, SY Quraishi and former international goalkeeper Bhaskar Ganguly.

Good Practice, Or The Lack Of It

The inordinate delay -- almost 200 weeks – in filing a report by Quraishi and Ganguly has raised questions on the CoA’s intention at a time when the current AIFF executive committee, led by its president Praful Patel, is seeking extension despite its tenure ending on December 21, 2020.

In November 2017, Quraishi and Ganguly were called upon by the Supreme Court to review the AIFF constitution and align it as per the National Sports Development Code of India 2011. The NSCI has strict clauses on tenure and eligibility of office-bearers. It was constituted by the sports ministry by taking good practices of governance and transparency from the International Olympic Committee Charter.

Patel has completed 12 years as AIFF president and the current executive committee too has completed its four-year term. According to a Special Leave Petition filed by former international Kalyan Chaubey, there should either be fresh elections or an ad-hoc body appointed till new office-bearers are elected.

That AIFF was flouting the National Sports Code 2011 was first raised by well-known lawyer Rahul Mehra on November 14, 2017.  Within four days of the Supreme Court appointing the CoA, Mehra wanted the apex court to modify its order.

Unlike the 2013 IPL match-fixing case, where petitioner Aditya Verma of Cricket Association of Bihar, relentlessly pursued the matter till the Supreme Court was forced to appoint the Justice RM Lodha committee to overhaul the BCCI’s constitution in 2018, the AIFF case has largely stagnated due to the inaction of the Quraishi-Ganguly committee.

According to court records, the only thing the CoA did was to ask for directions from the Supreme Court on December 16, 2019, more than two years after it was formed. There was no follow-up from any party till the matter gained momentum when Chaubey pressed his intervention application through his lawyers on December 15 and 16.

“Why Quraishi did not file his draft constitution is the billion dollar question. If he had done so, the recommendations could have been circulated among members and their suggestions taken. This is what the Supreme Court did with the Lodha reforms for BCCI,” said a senior Supreme Court lawyer, adding that finally a cricketer (Sourav Ganguly) became president.

In his prayer, Chaubey has said that Quraishi and Ganguly have betrayed the faith shown by the Supreme Court. The petition says that AIFF executive committee continues to ride an interim order passed in November 2017. It must be vacated at once.

Chaubey, a former international goalkeeper, wants the apex court to appoint an ad-hoc body consisting of a retired Supreme Court judge, sports lawyers and ex-international footballers to run the AIFF till elections are held fairly in a time-bound manner.

On November 21, the AIFF filed a petition in Supreme Court asking for directions on the tenure of the executive committee that was ending its term. On December 21, the AIFF held its AGM virtually only to extend the tenure of Team Patel but with limited powers to execute financial or policy decisions. The international football federation (FIFA) is closely watching the AIFF conundrum. FIFA forbids third party interventions and that includes courts. Patel is a FIFA Council member.