The four-year term of the current executive committee, led by Praful Patel, ends next month and the AIFF has announced that its Annual General Body Meeting will be held on December 21 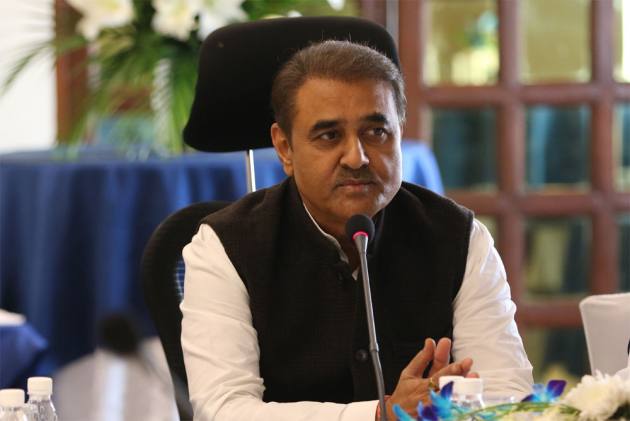 The All India Football Federation has moved an application before the Supreme Court seeking continuation of its existing executive committee beyond its term as the court-appointed administrators are yet to frame a new constitution to conduct elections. (More Football News)

The four-year term of the current executive committee, led by Praful Patel, ends next month and the AIFF has announced that its Annual General Body Meeting will be held on December 21.

Under normal circumstances, the elections will have to be held during this AGM with Patel, who has been AIFF president since 2012, ineligible to contest as per the Sports Code.

The Supreme Court in a 2017 order had appointed a Committee of Administrators comprising S Y Qureshi and Bhaskar Ganguli to formulate the constitution of the AIFF in consonance with the Sports Code. But with the new constitution yet to be finalised, the AIFF has approached the apex court.

"Due to non-finalization of its constitution in terms of order dated 10th November 2017 passed by the Hon'ble Supreme Court of India, AIFF is not in a position to conduct the ensuing election, even though the four years term of the Executive Committee ends on 21st December, 2020.

"Therefore, the federation has approached the Hon'ble Supreme Court vide an application filed on 21st November, 2020," said a letter written by AIFF general secretary Kushal Das and addressed to the presidents of all the affiliated member units.

In the original order of the SC, the Report of the Ombudsmen (Committee of Administrators) was to be submitted to the top court within eight weeks. But it could not be done.

The administrators filed an application to the SC on February 7, seeking extension of time for submission of the draft constitution of the AIFF.

The AIFF has sought from the SC to "allow the executive committee elected on 21st December, 2016 in its AGM to continue to hold office till a new executive committee is formed pursuant to an election conducted in accordance with the new constitution ..."

"... and/or pass such order/orders as the Hon'ble Court may deem fit and proper," it said.

The AIFF said it will wait for the directions of the Supreme Court and will accordingly modify the agenda of the AGM.

Under the Sports Code, the president of a national sports federation can hold office for a maximum three terms or 12 years.

Patel, a former union minister, served as acting president for one year after long-time head Priya Ranjan Dasmunshi suffered a cardiac arrest in 2008. He took over as full-time president in October 2009 before being re-elected for the top job in December 2012 and 2016.