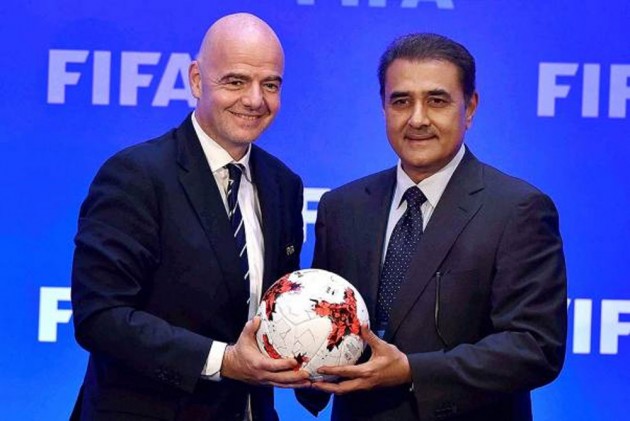 The All India Football Federation president Praful Patel Wednesday assured the I-League clubs that their future is secure and said he will approach the AFC to ensure the league continues to co-exist with the ISL for another 2-3 years.

Patel met representatives of the I-League clubs in order to find a middle ground in the ongoing tussle between them and the AIFF.

Patel said he will seek the Asian Football Confederation's approval for the current status quo to be maintained for the another 2-3 years, by which time he hopes all the stakeholders will reach to a consensus.

That will be done only after consultation with FSDL, a subsidiary of AIFF's commercial partner IMG-Reliance.

"We don't want to pack up the I-League. It should continue. But ultimately there should be a roadmap of Indian football. Two leagues cannot go on permanently. The AFC will also not allow it forever. It is just a solution for the time being," Patel said after the meeting.

"There is a historical issue with Indian football, within that framework, I feel a reasonable two to three years window should be given for I-League also to be continuing.

"I cannot give you any assurance yet because I have to talk to the AFC. AFC also have to agree to what I am saying. It may be our wish but AFC will have to agree. Our commercial partners have to be consulted. At the end of the day, there are costs involved."

The I-League clubs said they have been given 24 hours by the AIFF to come up with a response to Patel's suggestions.

The AIFF chief said, "There are also rights which they (FSDL) got through the Master Right Agreement which we had signed many years ago. Within that framework which is three years, I feel that the I-League also must co-exist with the fullest recognition of the AFC so that it is an AFC product.

"It should not be something which is not recognised by the AFC. So the clubs in I-League must also not get lost in the upward movement. These are just suggestions which we will try to talk to all the stakeholders."

Among other issues, the clubs sought clarification on the controversial move to accord Indian Super League (ISL) the top tier status in Indian football as per a Master Right Agreement signed between the AIFF and IMG-Reliance.