Ajinkya Rahane, who has amassed over 4000 runs in Test cricket and has a century in England, the West Indies apart from India, emphasized on the need to be mentally fit during the coronavirus-forced lockdown period. 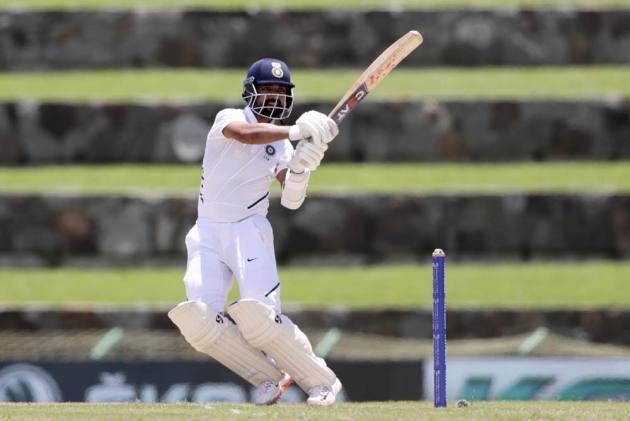 Over the years Ajinkya Rahane has faced several bowlers on different surfaces across the globe, but playing against England speedster James Anderson in his home country has been the most challenging task for the India Test vice-captain.

While insisting that every bowler in international cricket is challenging, facing Anderson in English conditions was the toughest for Rahane by his own admission.

"(But) especially talking about one particular bowler - James Anderson in England is really challenging. He knows the conditions well. He (Anderson) is the one," said Rahane on an Instachat live chat orgainsed by his employer 'Indian Oil' on Tuesday.

Rahane, who has amassed over 4000 runs in Test cricket and has a century in England, the West Indies apart from India, emphasised on the need to be mentally fit during the coronavirus-forced lockdown period.

Sporting activities across the globe, including cricket has come to a grinding halt because of the pandemic. Even this year's cash-rich Indian Premier League has been postponed indefinitely due to the deadly disease, which has claimed nearly 1,78,000 lives globally and more than 640 in India.

Even though he is disturbed by the suffering of people, Rahane looked at the positive side of the lockdown.

"First of all, definitely this is a sad thing, which is happening. But, looking at the positive side, I'm getting time to spend with my daughter and family. My daughter is six-and-a-half months old, I'm lucky to be with her," the right-handed batsman said.

He also said that batting legend Sachin Tendulkar, Rahul Dravid and tennis ace Roger Federer are his role models and meeting the multiple-time Grandslam champion at the 2015 Australian Open was a fanboy moment for him.