Home  »  Website  »  Sports  »  Ajinkya Rahane Reveals Why India Lost In New Zealand, Says It's Not Due To Short Balls

Ajinkya Rahane Reveals Why India Lost In New Zealand, Says It's Not Due To Short Balls

Ajinkya Rahane, who had scores of 46, 29 (in Wellington) and 7, 9 (in Christchurch), said the criticism that they do not play short-ball well, does not hold any merit 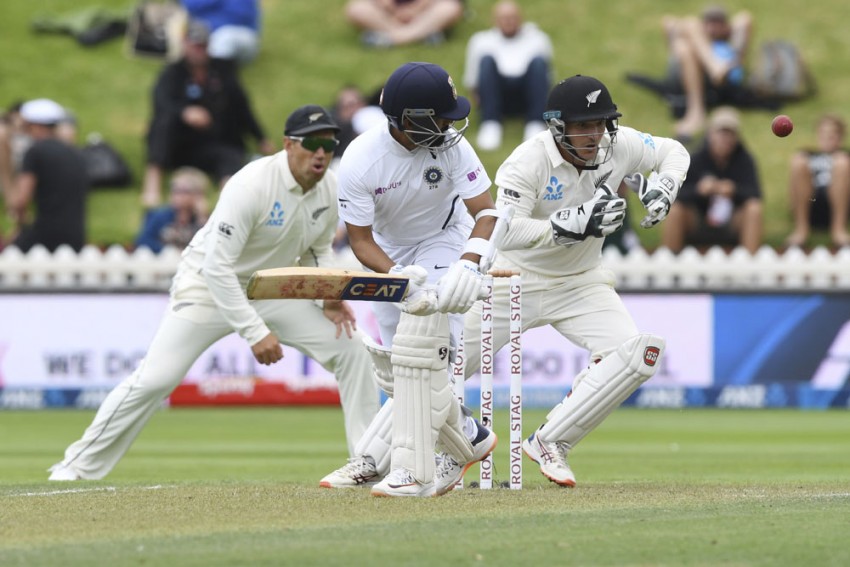 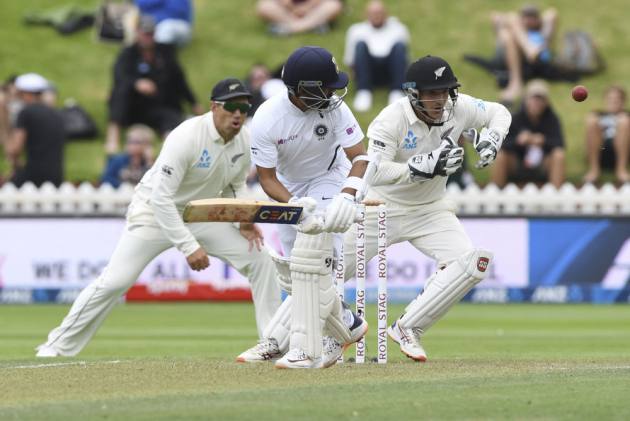 Insisting that Indians are not bad players of short-ball, Test vice-captain Ajinkya Rahane on Wednesday said the team's bad run in New Zealand was largely due to the wind factor. (More Cricket News)

Rahane, who had scores of 46, 29 (in Wellington) and 7, 9 (in Christchurch), said the criticism that they do not play short-ball well, does not hold any merit.

"People are speaking too much about it (short balls). If you see Melbourne innings, we have dominated. We all play short-balls well. One game doesn't make you bad player of short ball. I don’t think we have to make too much fuss about short-balls, we have been playing them really well in different formats," Rahane told reporters at Mumbai.

"They (NZ bowlers) used the breeze factor very well because in New Zealand it was biggest factor, cutting the angle and pace. We have to stay focused and positive and the next series is in Australia and there is a long way to go, looking forward to that.

Rahane was referring to the 2018 Melbourne Test against Australia, which India won by 137 runs. Cheteshwar Pujara had scored a hundred, while Virat Kohli, Mayank Agarwal and Rohit Sharma had stuck half-centuries in the first-innings.

"Personally if you see my Melbourne innings against Australia, I was counter-attacking and played short-ball wells. It is important to learn what went wrong playing short balls in New Zealand. As long as I am on that path to improve, if next time the opposition come and bowl short balls at me and if I feel like hitting it, I'll hit," he said.

"We have really done a good job in the last three-four years. Now Test Championship has started. In this journey, you are going to win and lose some matches," he added.

Rahane also said that he was not overtly worried about his own poor run.

"I am not too much worried about that and I am not going too much deep in that. Test Championship is all about one match and one series at a time, one match at a time because points are involved, because one bad game or two bad games will not make us bad team," Rahane said.

"We learnt a lot from New Zealand series, they played well. As a team, there is some learning as batting and bowling unit."

Rahane, who has scored 4,203 runs, also dwelt on the importance of having shadow tours. He, however, stressed that the pitches during the shadow tours should be the same as they are in international games.

"It is important to have a shadow tour because you get to know the conditions well. The only thing I feel is the wickets that we get in shadow games are completely different than what we get in international games," he said.

"If we can get similar conditions that we get in international matches, that will be better. The game that I played for India A in New Zealand, that was a complete flat wicket," added Rahane.

According to the Mumbai batsman, he said it was also important to play domestic cricket.

Asked whether he would prefer playing Ranji or playing shadow tours, he said, "You have got to balance it out. Domestic cricket is really important. As a Test player, if you get time to play domestic cricket, you should play it but I still feel, it's important to have a shadow tour ahead of an overseas Test series."

"BCCI has done a really good job by starting shadow tours. But whenever I can, I always give importance to Ranji Trophy," he said.

Amid the outbreak of the novel Coronovirus, there are several sporting tournaments that have been either postponed or cancelled. And Rahane said it for the BCCI to take a call on the Indian Premier League.