Manchester United legend Alex Ferguson and Liverpool great Steven Gerrard were on opposite sides of a divide once, but no longer 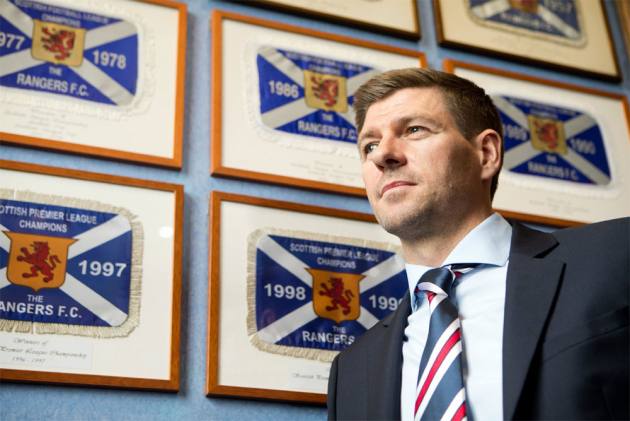 Iconic former Manchester United manager Alex Ferguson put aside any anti-Liverpool agenda as he saluted the impacted Steven Gerrard has had on another of his old clubs, Rangers. (More Football News)

Gerrard played for United's bitter rivals Liverpool from 1998 to 2015, a period that coincided with Ferguson's glory years at Old Trafford, and was Reds captain for much of that time.

But despite their respective roles in one of English football's fiercest rivalries, Ferguson can appreciate the job Gerrard has done since trying his hand in management.

Gerrard took over at Rangers – with whom Ferguson spent two years as a player in the 1960s – in 2018, the club having been without a top-flight title since 2010-11. They had to start all over again in the third tier in 2012 after insolvency.

Rangers' great rivals Celtic went on to claim nine successive Scottish Premiership titles, but under Gerrard's guidance they ended the Bhoys' dominance this term, cruising to the crown in remarkable fashion.

They wrapped it up in early March having not lost a single game and, with two games left, are in with a chance of completing the campaign undefeated, a feat they have not managed since 1898-99.

And Ferguson, who won 16 top-flight titles with United and Aberdeen, has been impressed.

"Oh, he's done magnificent," Ferguson told the Guardian ahead of the release of a documentary about his life.

"He really has, both on and off the field. A press interview can lose you your job in management. But Steven's press conferences are fantastic.

"He's cool, he's composed, he gives the right answers. He's really top because it's an art."

Nevertheless, Ferguson stressed he has not exactly become an avid follower of Rangers in his retirement – he is only really bothered when it comes to one game in particular.

"The only time I really support Rangers is when they play Celtic. The big one," he added. "Jason [his son] is a Celtic fan.

"I love phoning him up when Rangers have beaten them. The funny thing is that the one team I always look for on Saturday night is Queen's Park, my first club.

"I had a great learning experience as a 16-year-old lad playing for them. People think it's an amateur team but you had to be tough to play for Queen's Park. That was a great foundation for me."