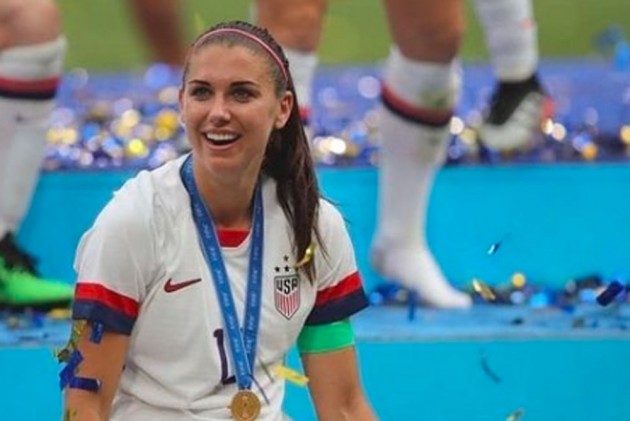 Alex Morgan and her family are fighting back after catching COVID-19 in California over the festive season, the United States women's football superstar has revealed. (More Football News)

Although London has become a coronavirus hot spot, Morgan says she was back in the USA when the virus struck.

She wrote on Twitter: "Unfortunately, my family and I closed out 2020 learning that we had contracted Covid while in California over the holidays.

"We are all in good spirits and recovering well. After our isolation is completed, I will follow US Soccer's return to play guidelines to ensure my body is fully recovered and I can join my team-mates back on the field soon. Be safe and happy new year."

Morgan is married to former LA Galaxy and Orlando City footballer Servando Carrasco, and they celebrated a sixth wedding anniversary on December 31. Their first child was born last May.

The USWNT great signed for Spurs in September, having not played since August 2019 due to pregnancy and the disruption caused by the pandemic.

She made five appearances for Spurs in all competitions, scoring two goals. Morgan is a two-time Women's World Cup winner and has scored 107 goals in 170 appearances for the USA.

Morgan is expected to resume her club career with the Orlando Pride in the National Women's Soccer League (NWSL), ahead of playing at the Tokyo Olympics.

Orlando retained the 31-year-old forward's NWSL rights when she made the short-term move to Tottenham.