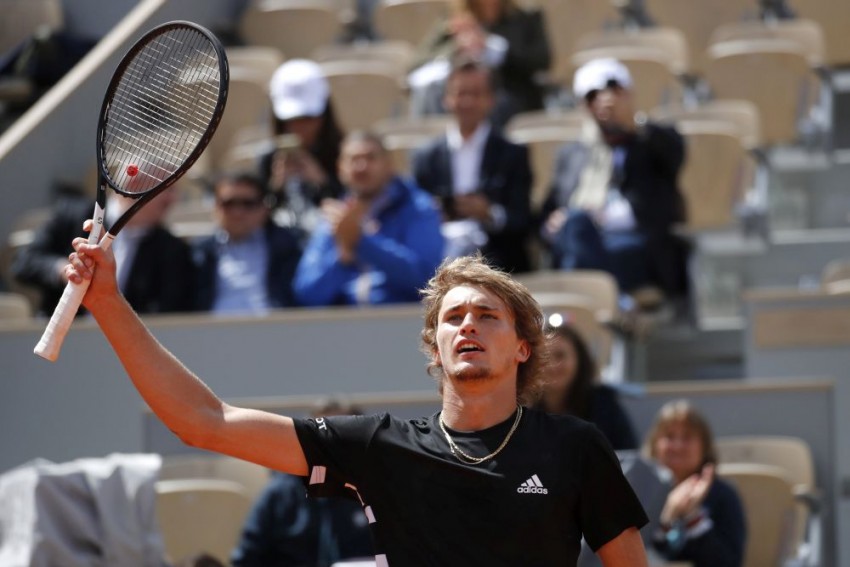 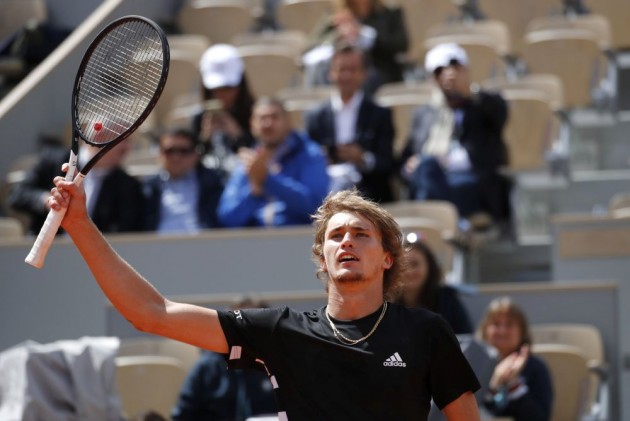 German fifth seed Alexander Zverev blew a two-set lead before edging out John Millman in a decider to reach the second round of the French Open on Tuesday.

Zverev will face Swedish qualifier Mikael Ymer for a place in the last 32.

The World No. 5, who had struggled this season before winning the Geneva title last weekend, reached his only Grand Slam quarter-final in Paris 12 months ago.
He also won three five-set matches in 2018 before his last-eight loss to eventual runner-up Dominic Thiem.

Zverev blew a double-break lead against Millman before taking the opening set in a tie-break, and looked to be cruising to victory after claiming the second.

But Australian Millman, who stunned Roger Federer at last year's US Open, stepped up his game, racing through the third set, before forcing a decider in another breaker having fought back from 4-2 down in the fourth.

Zverev finally crawled over the line on Court Philippe Chatrier, though, breaking in the eighth game of the final set and serving out victory on his first match point.