Sindhu said her decision to move to Gachibowli Indoor Stadium is more to do with her preparations for the Tokyo Olympics. 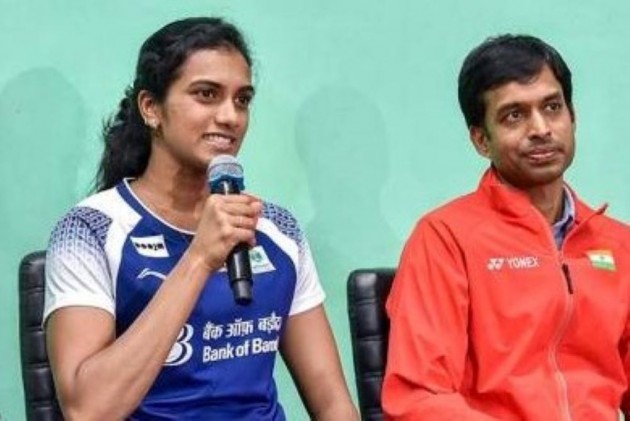 PV Sindhu's decision to shift from Gopichand Academy to Gachibowli Indoor stadium caused a huge furore with many speculating about a rift between her and long-time coach Pullela Gopichand. (More Sports News)

But the badminton star has clarified that there is no rift between her and coach Gopichand, but her decision is more to do with her preparations for the Tokyo Olympics.

The Rio Olympics silver medallist explained that the bigger Gachibowli Indoor stadium is much more similiar to the arena in Tokyo, so she and her Korean coach Park Tae Sang decided to move.

"The indoor arena is of international standards. It's similar to that of the badminton venue at the Tokyo Olympics and what we generally experience during international tournaments. It's important to understand that AC Blowers are a major factor as they create drift inside the playing venue. Getting used to it is important. Here at Gachibowli indoor arena you can master the drift," Sindhu was quoted by The Times of India.

As per report, even double players are going to practice for Olympics at the Gachibowli arena.
In Tokyo, Musashino Forest Plaza is going to host the badminton events.

The badminton star said she was not happy with people speculating on the issue and terming it as a rift.

Next Sindhu, a 2019 World Championship gold medallist, is slated to compete in Swiss Open followed by All England in Birmingham.