Angel Di Maria and Neymar were among six PSG players who were tested positive for coronavirus. Both the players featured in the Ligue 1 match against Marseille and played their parts in the brawl, including 'spiting' 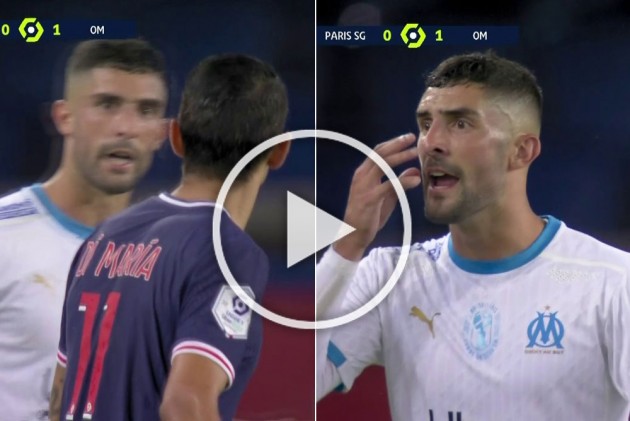 The beautiful game of football was put to shame when players from two top French teams -- Paris Saint-Germain and Marseille -- fought during a Ligue 1 match in Paris early Monday morning. (More Football News)

The match witnessed referee Jerome Brisard dishing out red cards like confetti following a stoppage-time brawl at Parc des Princes. Neymar was among those sent off, for hitting Alvaro, who the Brazil superstar accused of racism.

But after the match, Marseille head coach Andre Villas-Boas claimed, according to reports, that PSG winger Angel Di Maria had spat on one of his players.

Then video footage of di Maria apparently spitting at Alvaro surfaced on social media. The incident, coupled with the reported racism involving Neymar and Alvaro, has become one of the biggest talking points even as the world of sports slowly tries to find a foothold in the COVID-19 world.

Both Neymar and di Maria were returning to action after recovering from coronavirus.

Olympique #Marseilles is also accusing Di Maria of spitting on a player (Alvaro Gonzalez) in the first half of the game. @LFPfr will conduct an investigation and anyone found guilty of racism or spitting will be dealt with accordingly.

Florian Thauvin's first-half goal was enough for Marseille to end a 20-game winless run against PSG in the fiery Le Classique.

Villas-Boas also revealed that he had exchanged words with PSG boss Thomas Tuchel, who has overseen back-to-back losses to begin the 2020-21 Ligue 1 season.

"Fair enough. I have a huge respect for him, I appreciate what he does."

PSG needed two late goals to beat Atalanta in August before they fell to Bayern Munich in the decider.

Villas-Boas said the pressure was on Tuchel to deliver a Champions League title to PSG.

"I appreciate him. They play well, defend well and aggressively. I told him, 'Unfortunately I can't play like you'. But I really like him."