While homebuyers demand that MS Dhoni should be included as one of the conspirators of the real estate fraud, the 39-year-old has pleaded in the Supreme Court that he is a victim 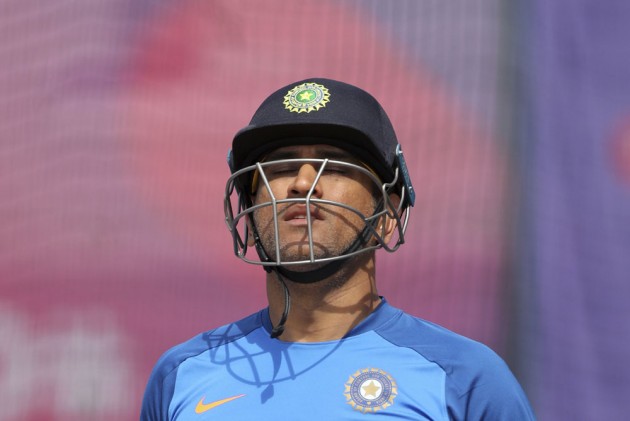 As Indian cricketer Mahendra Singh Dhoni retires from the international cricket, homebuyers of Amrapali project, which he endorsed for over six years, accuse the former captain of conspiring with the realtor and duping him of crores of rupees. (More Cricket News)

Jitender Kumar, along with many other homebuyers, who had purchased a flat in Amrapali Leisure Park in Greater Noida launched in 2010, alleged in his FIR lodged in Economic Offence Wing (EoW), Delhi Police, “MS Dhoni represented himself to be a brand ambassador of the said project and aggressively promoted and fraudulent activities of the accused persons which lured the gullible buyers like me to invest in the said project hence he is part of a criminal conspiracy hatched by the accused persons, therefore, he should be added as accused in the said FIR.”

READ: Caught In The Slips

Many other homebuyers have echoed a similar concern. Rupesh Kumar Singh, another buyer of O2 Valley, an Amrapali project in Greater Noida (West), said, “When I saw Dhoni in an advertisement of the project, I thought that if such a credible face was associated with this brand, the builder will also be credible and I was confident of possession of my flat. But it didn’t happen. I was duped because of Dhoni,” Singh said. In his FIR, he has also demanded that Dhoni should be made an accused in the case.

Interestingly, at one hand while homebuyers demand that Dhoni should be included as one of the conspirators of the real estate fraud, the 39-year-old has pleaded in the Supreme Court that he is a victim as the builder hasn’t paid the full endorsement fee yet. The matter is pending before the SC.

Amrapali Group, which came into existence in 2003, became a well-established player by 2010 and launched over 40 real estate projects between 2010 to 2016 in Delhi NCR.

The company used Dhoni’s name and picture in all its advertisements to lure buyers for its projects. By 2018, when the homebuyers, about 42,000 in all projects, realised a scam, they filed petitions in the various legal forum including the apex court.

After SC examined the case, it realised that the builder floated 150 companies and siphoned off money collected to complete real estate projects. The SC passed a judgement in 2019 in which it removed all the promoters from the company and appointed a court receiver. It asked the public sector enterprise NBCC to finish the pending construction work.

The forensic audit report that the SC reproduced in its judgment, said, “We feel that Home Buyers money has been diverted illegally and wrongly to Rhiti Sports Management Private Limited and should be recovered from them as the said Agreement in our opinion do not stand the test of Law.”

The SC asked all such companies, including Rhiti sports and Amrapali Mahi Developers Private Limited to return the money so that the fund would be raised to finish the remaining project.

“Dhoni’s lawyer has opposed the audit report in a counter affidavit in SC and said that he himself is a victim as the builder hasn’t paid his full endorsement fee,” Senior advocate ML Lahoty, who represents homebuyers' group in SC said.

He adds, “It is for the court to decide to what extent his counter-affidavit is sustainable. But I don’t think he can get away with this plea. Out of total 42,000 buyers, a substantial number would have invested because of Dhoni as he is a big name. He can be made liable for his complicity with the builder.”

Another buyer Digvijay Singh said, “I am really surprised to know that Dhoni has filed a counter-affidavit and asked for more money from the builder. He should have rather taken the moral responsibility of his blunder and returned all the money that he has taken as his endorsement fee. Isn’t he making money on our plight and miseries? It is a shame.”