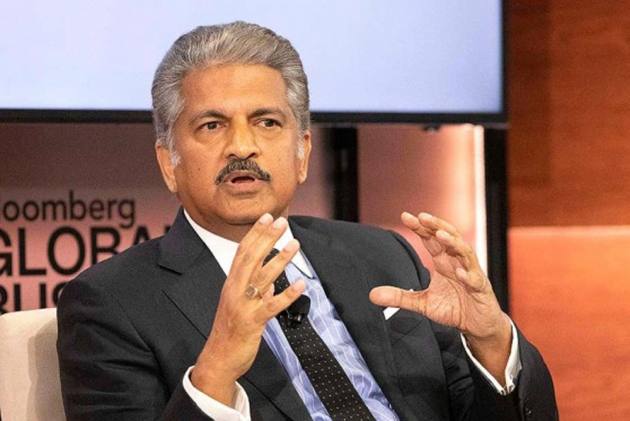 Days after India scripted probably the greatest comeback in Test cricket, billionaire businessman Anand Mahindra on Saturday announced that he will gift SUVs to six youngsters for their exemplary performances against Australia. (More Cricket News)

India collapsed to their lowest-ever Test score of 36 all out in the Border-Gavaskar Trophy series opener in Adelaide to lose the match from a strong position. The match, which also witnessed injury to premier fast bowler Mohammed Shami, was the last of the tour for skipper Virat Kohli.

But India, under stand-in Ajinkya Rahane, fought back to win the second Test in Melbourne, then played out a thrilling draw in Sydney. By the time, they reached Brisbane for the series decider, the team looked a ramshackle outfit with more seniors joining the injury list.

Then, the youngsters, the debutants took over as India won the series 2-1 to retain the trophy. Their collective performance at The Gabba earned undivided global appreciation. And Mahindra has more than words.

In a series of tweets, the 65-year-old industrialist hailed the six youngsters and said, "They've made it possible for future generations of youth in India to dream & Explore the Impossible".

Six young men made their debuts in the recent historic series #INDvAUS (Shardul’s 1 earlier appearance was short-lived due to injury)They’ve made it possible for future generations of youth in India to dream & Explore the Impossible (1/3) pic.twitter.com/XHV7sg5ebr

Theirs are true ‘Rise’ stories; overcoming daunting odds in the pursuit of excellence. They serve as an inspiration in all arenas of life. It gives me great personal pleasure to gift each of these debutants an All New THAR SUV on my own account—at no expense to the company. (2/3) pic.twitter.com/5aiHSbOAl1

The reason for this gift is to exhort young people to believe in themselves & ‘Take the road less traveled.’ Bravo Mohammed, Shardul, Shubhman,Natarajan,Navdeep & Washington! I now plead with @Mahindra_Auto to get them their THARS on priority. ðÂÂÂ (3/3)

"Theirs are true ‘Rise’ stories; overcoming daunting odds in the pursuit of excellence. They serve as an inspiration in all arenas of life. It gives me great personal pleasure to gift each of these debutants an All New THAR SUV on my own account—at no expense to the company," he added.

All six, except Thakur, made their respective Test debuts during the series. Thakur's Test bow against the West Indies in 2018 in Hyderabad lasted only ten balls and his second match at The Gabba was effectively his debut too.

Siraj, who lost his father during the tour, took a fifer in his second match to help India seal the series. It was indeed a performance his father had wanted to see.

Gill, the future star of India cricket, played exhilarating knocks against a bowling attack which is being hailed as one of the best in the history of the game.

Natarajan became the first Indian to make international debuts in all three formats after joining the team as a substitute net bowler. The pacer missed the birth of his daughter but returned home a proud father, winning hearts for his courageous performance.

Sundar, filling in for three-dimensional Ravindra Jadeja, made history by scoring a fifty and taking three-plus wickets on debut.

For Saini, it was a bitter-sweet series with injury hampering his performance. But the pacer showed heart and won accolades.