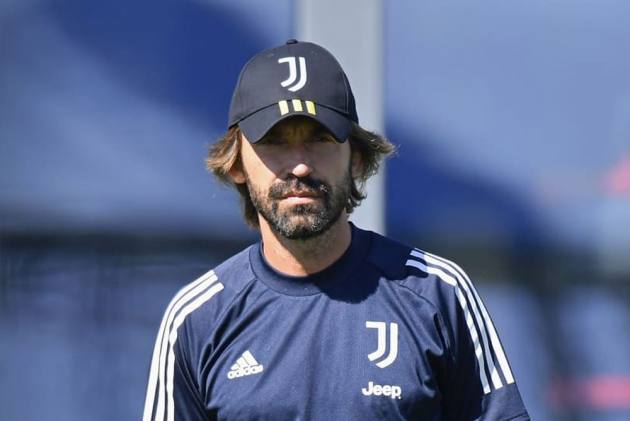 Andrea Pirlo has been assured by sporting director Fabio Paratici that his job as Juventus head coach is safe should the Italian giants qualify for next season's Champions League. (More Football News)

The rookie boss succeeded Maurizio Sarri as Juve boss last August - his first managerial position - but his future has been called into question numerous times in recent weeks.

Juve have endured a difficult first campaign under the iconic former midfielder, with their nine-year grip on the Scudetto soon to be officially ended by runaway leaders Inter.

The Bianconeri entered Sunday's clash with Fiorentina fourth in the Serie A standings, just two points above fifth-placed Napoli and with games against Milan and Inter still to come.

Despite being on the verge of missing out on the title for the first time since 2011, though, Paratici vowed to stand by Pirlo if Juve finish in the top four and earn a place in UEFA's elite club competition.

Asked if qualifying for the Champions League would be enough to keep Pirlo in the job, Paratici told Sky Sport Italia: "Yes, definitely.

"But we are not even thinking about the possibility of not qualifying for the Champions League."

Juventus beat Parma 3-1 last time out in a match dominated pre-match by talk of the club's involvement in the controversial Super League.

The Italian giants were one of 12 leading European clubs to announce last Sunday they intended to form a breakaway, closed-shop competition.

The majority of the teams involved withdrew their support 48 hours later amid widespread condemnation and protests, but Juve - whose chairman Andrea Agnelli was one of the major players in the proposals - have not yet done so.

Despite the threat of sanctions by UEFA and Lega Serie A officials, Paratici insisted the club have done nothing wrong.

"We are very calm because we know that we acted with the utmost clarity, so none of this concerns us," he said.

"I see [Agnelli] every day. He is working and planning for the future. I know how much he cares about the good of football and of Juventus.

"The rather violent reactions after the announcement of the Super League distracted attention from the causes and the reasons why these proposals were made.

"Some things said are simply not true, such as that it was a closed league, or that anyone considered leaving their domestic leagues."