Andre Russell was stretchered off the field by medical staff after a blow to his helmet in the first innings of Jamaica Tallawahs' CPL clash against St Lucia Zouks at Sabina Park on Thursday. Following the incident, Russell was taken for a CT scan. 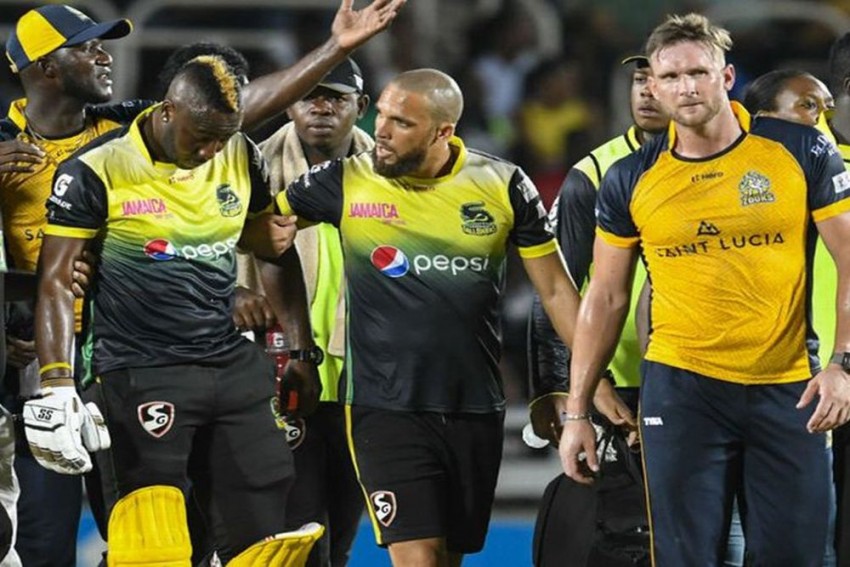 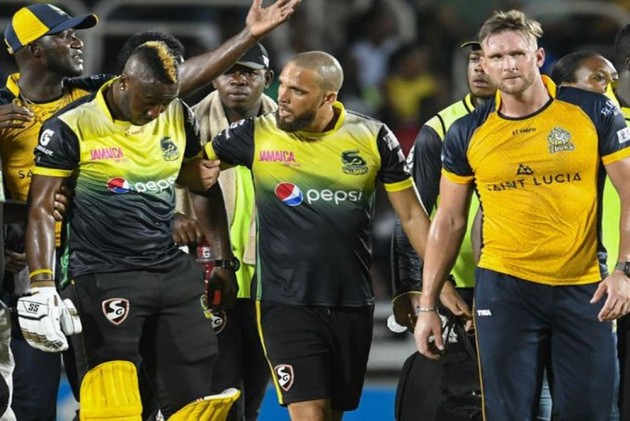 Swashbuckling West Indies all-rounder Andre Russell suffered a serious blow on his helmet following which he had to be stretchered off during the Caribbean Premier League (CPL) game between Jamaica Tallawahs and St Lucia Zouks. (CRICKET NEWS)

The incident happened in the 14th over of the Jamaica Tallawahs' inning when Russell, batting on zero, failed to connect with a pull and the ball struck his helmet near the right ear on Thursday evening at the Sabina Park, reports ESPNcricinfo.

Having failed to pull, his head turned due to the momentum of his swing and that's when the impact took place. The West Indies all-rounder immediately fell on the ground and the Zouks fielders then removed his helmet to check for his injury. At first, it appeared that there was no neck guard on Russell's helmet.

He was then off the ground on a stretcher and a CT scan took place later in the evening. A medical update from the franchise later confirmed Russell had not suffered from any serious injury.

Jamaica Tallawahs managed to put 170 runs in their stipulated 20 overs which St Lucia Zouks chased down with 20 balls to spare.