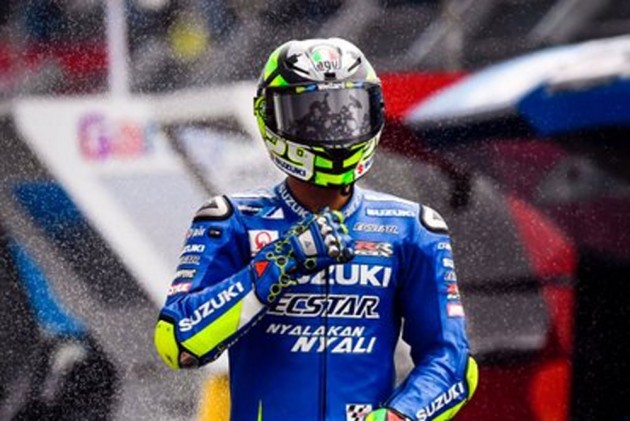 Andrea Iannone has been given a four-year ban from MotoGP after the Court of Arbitration for Sport (CAS) ruled against him in an anti-doping appeal process. (More Sports News)

Iannone was given an 18-month suspension by motorcycling governing body FIM after testing positive last November for Drostanolone, an anabolic steroid on the World Anti-Doping Agency (WADA) banned substance list.

The Italian insisted he had never knowingly broken doping rules and said he consumed the substance by mistake by eating contaminated meat in Malaysia prior to the grand prix in Sepang last year.

The Aprilia rider appealed against his 18-month suspension, while WADA also went to CAS to have the ban extended to four years.

His lawyer, Antonio De Rensis, said he was confident the sanction would be dismissed as Iannone had only eaten food served at the team hotel and "he did not have many other choices for meals''.

In a ruling announced on Tuesday, CAS said its panel found Iannone "had failed to establish neither the precise type of meat he consumed nor the origin of said meat" and that the case of contamination had not been specifically established.

While it could not rule out the possibility Iannone's story was true, the panel concluded he had committed an anti-doping rule violation as he had failed to establish, on the balance of probabilities, that the offence was not intentional.

Upholding WADA's appeal and dismissing Iannone's, CAS imposed a four-year ban on the 31-year-old backdated to December 17 last year and annulled all his competitive results from November 1, 2019.