Juventus suffered a woeful 3-0 home loss to Milan, but Andrea Pirlo insists he will not be stepping down from his position 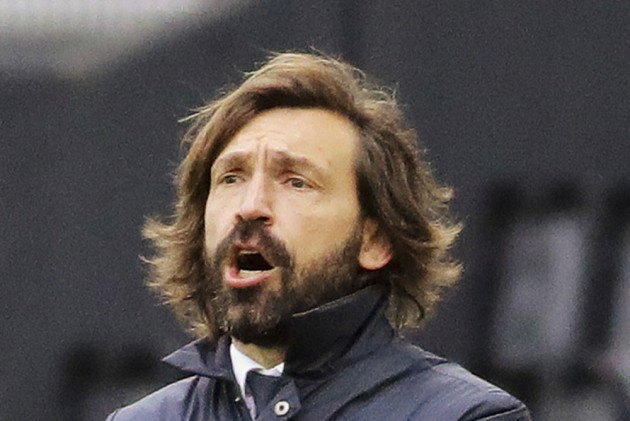 Andrea Pirlo has no intention of resigning as Juventus head coach after the Bianconeri's hopes of qualifying for next season's Champions League suffered a significant blow on Sunday. (More Football News)

Juve slumped to a resounding 3-0 home defeat to Italian rivals Milan as they slipped to fifth in Serie A with just three league games remaining in the race for the top four.

It was the first time Juve had been beaten at home by the Rossoneri since March 2011, while it marked the first time they had conceded three goals at home to Milan since January 2010.

Pirlo has endured a dismal first season in charge of Juve after replacing Maurizio Sarri. Not only did they relinquish their nine-season stranglehold on the Serie A title to Inter, but they were dumped out of the Champions League at the last-16 stage by Porto.

While the decision could yet be taken out of his hands, first-year boss Pirlo insisted he has no plans to step down from his role.

"No, I won't step aside," he told Sky Sport Italia. "I took this role with a great deal of enthusiasm amid certain difficulties.

"I am at the disposal of the club. There are still three games to go, so I will continue doing my work as long as I am allowed to."

Brahim Diaz, Ante Rebic and Fikayo Tomori were on target for a dominant Milan, who could even afford the luxury of a missed Franck Kessie penalty with the score at 1-0.

Juve have now conceded in each of their last 11 league games – their worst streak since April 2010.

While Pirlo accepted responsibility for his side's failings this season, he suggested he was not given what he was promised by the club.

"I had a different project in my mind and thought I would have a different group at my disposal," Pirlo added.

"I had been working on some concepts, but then I had to make changes in order to suit their characteristics and had to adapt."

"If I cannot get the best out of these players, that is my fault and I certainly need to do better.

"If something didn't go right, I take responsibility. This squad is made up of great players, clearly something did not work."

Juve have the chance to return to winning ways when they travel to Sassuolo on Wednesday.