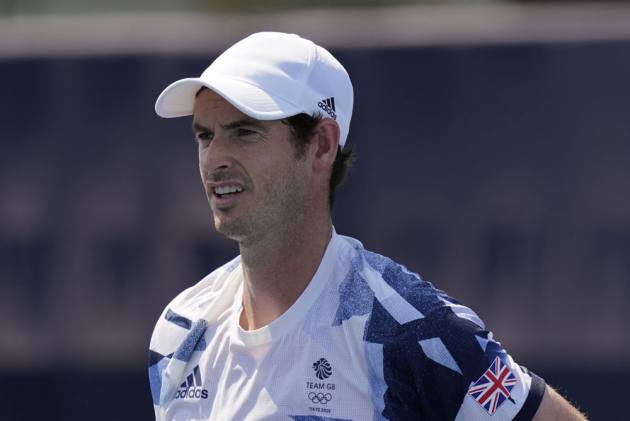 Two-time defending champion Andy Murray withdrew from the singles tournament at the Tokyo Olympics on Sunday because of a right quad strain.

The British player made the decision shortly ahead of his scheduled opener against ninth-seeded Felix Auger-Aliassime of Canada on Center Court.

Murray remained in the doubles tournament with partner Joe Salisbury. Murray and Salisbury beat the second-seeded French team of Pierre-Hughes Herbert and Nicolas Mahut 6-3, 6-2 on Saturday.

“I am really disappointed at having to withdraw but the medical staff have advised me against playing in both events, so I have made the difficult decision to withdraw from the singles and focus on playing doubles with Joe,” Murray said.

It's the latest setback for the 34-year-old Murray after only recently returning to the tour from a three-month absence because of a groin problem. He has also had serious issues with a bad hip that wound up requiring two operations.

Murray has a total of three Olympic medals. He also won a silver in mixed doubles at the 2012 London Games with Laura Robson.

Max Purcell of Australia will play Auger-Aliassime instead.