Andy Murray, 32, is returning to Melbourne for next year's Australian Open. 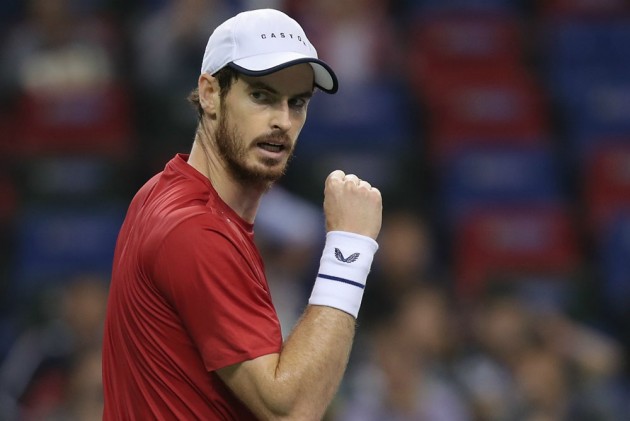 The 2019 Australian Open appeared to be Murray's final appearance in Melbourne as the three-time grand slam champion revealed his retirement plans due to a troublesome hip problem.

Murray, however, underwent hip resurfacing surgery following the grand slam and has since returned to the ATP Tour following a comeback via doubles and the Challenger Tour.

Now, Murray – a five-time Australian Open runner-up – is set to feature at next year's event at Melbourne Park.

"For sure Andy will be here," Tiley told Melbourne radio station Triple M on Tuesday. "I was on the phone to his agent this morning. He is going to be in Australia early.

"He is ready to return. Remember he said goodbye a year ago. It's great in that period he had surgery and has rebounded really well."

Tiley was speaking after Murray reached the second round of the Shanghai Masters with a three-set win over Juan Ignacio Londero on Monday.

Confirmed: @andy_murray will return to compete at the #AusOpen in 2020. pic.twitter.com/mbdFlAgOZA

It has been a long road for Murray, who dropped down to the ATP Challenger Tour in August for the first time since 2005 in a bid to improve his fitness following surgery in January, which threatened to end his stellar career.

The Brit started a singles comeback at ATP Masters 1000 tournament the Western & Southern Open before making a swift exit from the Winston-Salem Open.

Murray – who played a series of high-profile doubles tournaments after teaming up with Serena Williams in the mixed event at Wimbledon – then opted to skip the US Open in New York.

"I saw Andy [Murray] briefly, don't know if it was yesterday or the day before now," Federer said. "It was great to see him again and great to chat to him a little bit. I'm just relieved that he's in the place that he's in right now.

"I saw him after the Bautista [Agut] match because I finished my match, he played that five-setter against him and I saw him in the locker room and just had a personal interest. I asked him 'what's up, if he was going and 'I'm sorry to ask you, I kind of want to know and I think the people want to know'. He said I don't know, and I know what I said, I said, but I think he just wanted to get better for his life in general.

"I think that's been achieved number one, I think that's the priority there. Number two that he's getting a shot again to be on the tour, and see how far he can go. How deep he can go at tournaments, I think it's super exciting for the tour, for us players, because he's very much a guy we like and respect a lot. He doesn't have enemies, we need guys like him also who lead by example with hard work and toughness and fairness.

"I love seeing Andy back, I feel like he's playing better and better, which is great. I think we're going to play him at the ATP Cup in the first match of the season too if I'm not mistaken. That should be fun, so I'm happy for Andy."