Only Sania Mirza and Nirupama Vaidyanathan have competed in the Grand Slam main draws for India before. 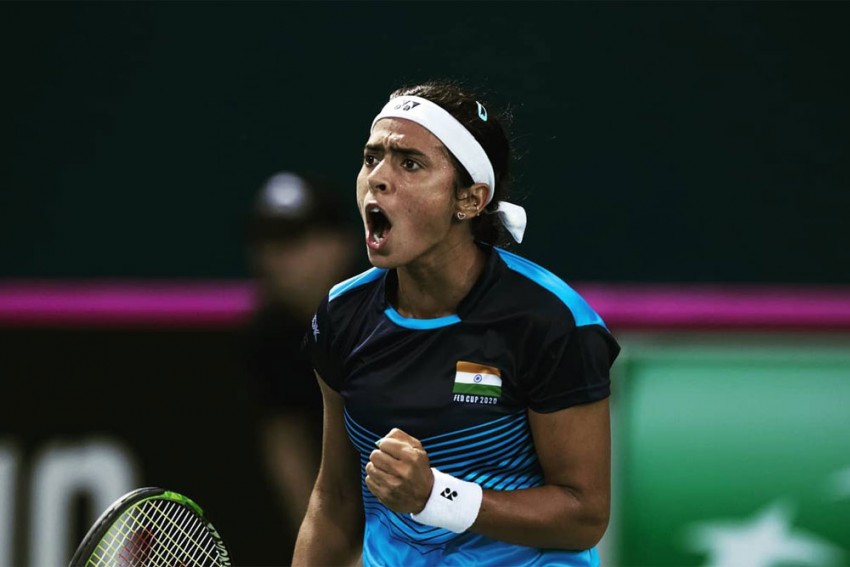 Ankita Raina on Sunday became only the third Indian woman tennis player to secure a place in the main draw of a Grand Slam as she made the cut for the women's doubles event of the Australian Open. (More Sports News)

After missing out on the women's singles main draw, she still had a chance to qualify as a 'lucky loser' till the completion of the first round, but the 28-year-old realised a long-time dream when she signed up with Romania's Mihaela Buzarnecu and earned a direct entry.

Only Sania Mirza and Nirupama Vaidyanathan have competed in the Grand Slam main draws for India before.

Ankita is only the second Indian after Sania, a six-time Grand Slam champion, to compete in the women's doubles of a tennis major. Nirupama was the first to crack a Grand Slam main draw, back in 1998 at Australian Open.

The braveheart, who played a key role in Indian Fed Cup team's tremendous progress, said although singles hold a different significance, making the doubles too is special.

"It's first main draw of a Grand Slam, so singles or doubles, I will take it. It's special. Years of hard work, toil and now I am there. Not only my hard work but blessings and support of countless people have brought me here, I can't forget that," Ankita told PTI moments after getting confirming her entry.

"I know it's doubles but India's name will be there. These are the moments that spark something among people. Maybe a few will start dreaming that it's possible," she added.

"People start believing. We touch many small milestones but this one is at a pinnacle. Anyone who starts playing professional tennis, dreams of playing in a Grand Slam."

"Regardless of the fact that it is doubles, I will take it. I kept at it. I stayed in the process. Maybe next time, I will play singles too. After years of hard work, it is starting with doubles but singles will happen. It's first, so special," she added.

Ankita said initially she did not find her name in the draw and was disappointed.

"I can't believe it, I missed my name in the sheet. After practice I asked for the draw and frantically looked for my name. I did not find it. Then my coach called me to say I have made it," she said.

Ankita had signed up with Romanian southpaw Mihaela, who was a top-50 singles player before injury pegged her back, on Friday.

They will open their campaign against Australian wild card pair of Olivia Gadecki and Belinda Woolcock.

"A friend told me that Mihaela is looking for a partner. I spoke to her and she agreed. I have not played with her before but I have played with a lefty on the  tour. It make a good combination. I am looking forward to it."

Now India will have four Indians competing in the season's first Grand Slam.

Sumit Nagal will compete in the men's singles while Rohan Bopanna and Divij Sharan will present their challenge in the men's doubles with their respective partners.

Nagal has drawn Lithiania's Ricardas Berankis as his first round opponent.

Sharan and his Slovakian partner Igor Zelenay will take on German combo of Yannick Hanfmann and Kevin Krawietz.