In a major blow to South Africa, Nortje has not been able to recover from his injuries ahead of the Test series versus India that starts December 26. 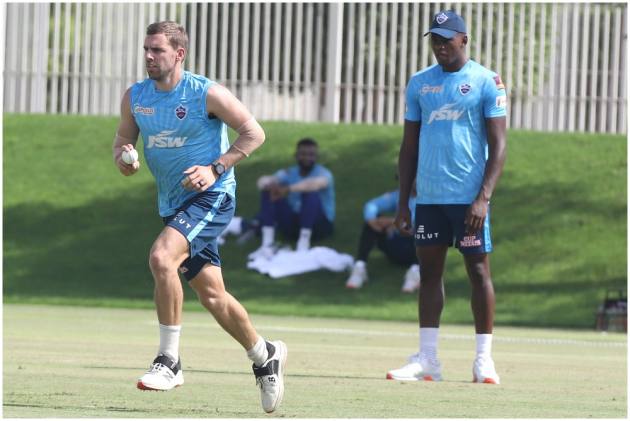 The much-feared Anrich Nortje will miss the three-Test South Africa vs India series starting in Centurion on Boxing Day (December 26). Nortje has been South Africa's leading pacemen in recent times and his exploits in the Indian Premier League for Delhi Capitals is well known. (More Cricket News)

According to a statement from Cricket South Africa, Anrich Nortje has not been able to recover from a persistent injury. Nortje and Kagiso Rabada have spearheaded the Protea attack with aplomb.

"He has unfortunately not recovered adequately for the expected Test match bowling loads and is currently consulting with specialists to manage and advise on his recovery. No replacement will be brought in," said Cricket South Africa..

South Africa and India have commenced their final preparation ahead of the first match to be played minus fans in the stadium. This is the South African Test team’s first series since its successful tour to the West Indies in July. Sa won 2-0.

India are also coming off a 1-0 Test series win against New Zealand. The Virat Kohli-led Indian team finished second to New Zealand in the World Test Championship cycle that concluded in June this year.